Title : When Dreams Come True
Author : M. Stratton
Series : The Stars Series, #1
Rating : 3 Stars
Blurb : What would you do if one day all of your dreams came true? Melissa ‘Lissa’ Loring was a successful author. She was happy living in her home at the base of the mountains in Tucson with her assistant, Hannah Mills. First the phone call came; they wanted to make one of her books into a movie. Within six months, she was flying out to Los Angeles and talking with the studio about the final script and a list of actors to play the roles. Excited about her lunch meeting, she was shocked when her muse for one of the characters walked in and sat down at the table with her. Will Martinsson was riding high on his fame and loving every minute of it. He traveled the world meeting his legions of fans and could pick which roles he wanted. When the script was presented to him, he read it and was intrigued. Then he found out that the author had modeled the character after him, so he searched out information on her and his interest was piqued. He told the studio he wanted in, but he also wanted to meet her before he would sign on the dotted line. When two independent, successful people meet and have a strong connection, there is nothing they can do but see where the dream takes them
Review : What I found, when reading this book, was the developing lovestory of Will Martinsson the totally perfect, famous and handsome british actor with Melissa, the successful but shy and very self-conscious author.
AND … that was IT.
Don’t get me wrong – If you like historical romance novels you will probably love this book. Because it really feels like an historical romance. The only strange thing is that it’s story is basically not set in the past. It is not even set in the present, because if you take a closer look it is actually set in the future as the book opens in April 2015 and moves from there on several months to the future. So it is a historical feeling contemporary romance set in the future … and this is not within my comfort zone. The writing itself is flawless and an easy read for everyone that enjoys a feel-good novel. But for my personal taste the characters were missing something. Melissa was too whiny and self-conscious and Will was by far too perfect – so perfect he felt shallow. I thought it was interesting that the author mentioned in the beginning that Melissa wrote her books in a way that would allow the reader to complete the storys with their own imagination. Because this was exactly what I was missing in this book. I could absolutly not connect with the persons and the story. When I discussed this story with a friend and she asked me to describe my feeling the only line I came up with was “I feel like sightseeing in a bus, you pass the points of attraction and can say you SAW them, but you were never really THERE”. Basically this would be a two star voting for me as I finished it but could not connect with it. BUT I feel if presented in the Blurb differently (more like a contemporary historical fiction – does that genre even exist??? 😀 ) it might attract another reading audience and then probably I would not have choosen to read/review it but this audience will like this book I am sure.
> > > I have received this Book as an ARC from the Publisher < < < > > > In Exchange I promised an honest Review < < <
Cliffhanger : (KLICK to find out) !!!
HEA? : Series still continues but (KLICK to find out) !!! 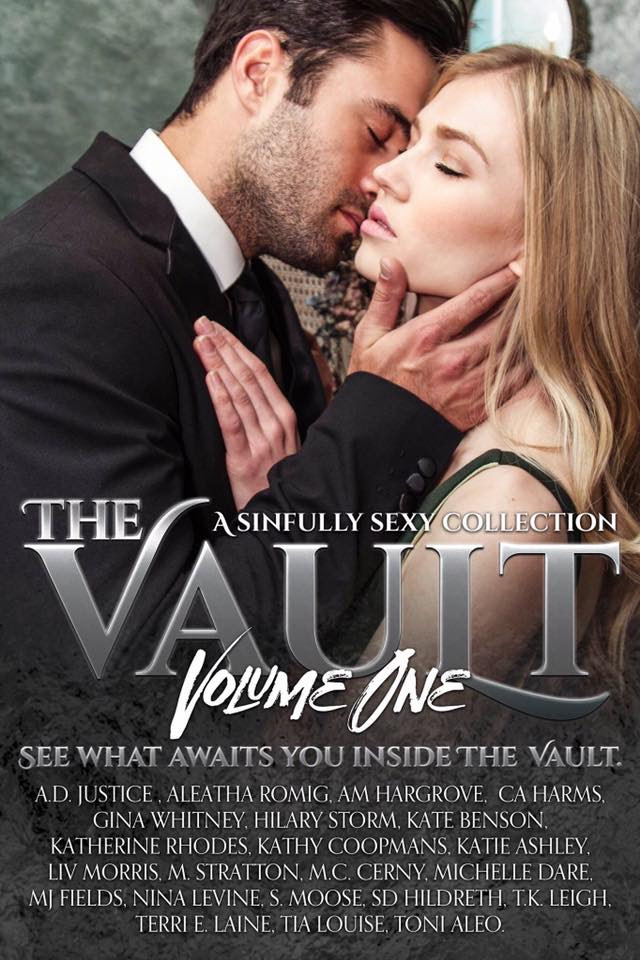 What happens when you lock 22 authors in a vault and don’t let them come out until they’ve finished their books?

You get one sinfully sexy collection.

See what awaits you inside The Vault. 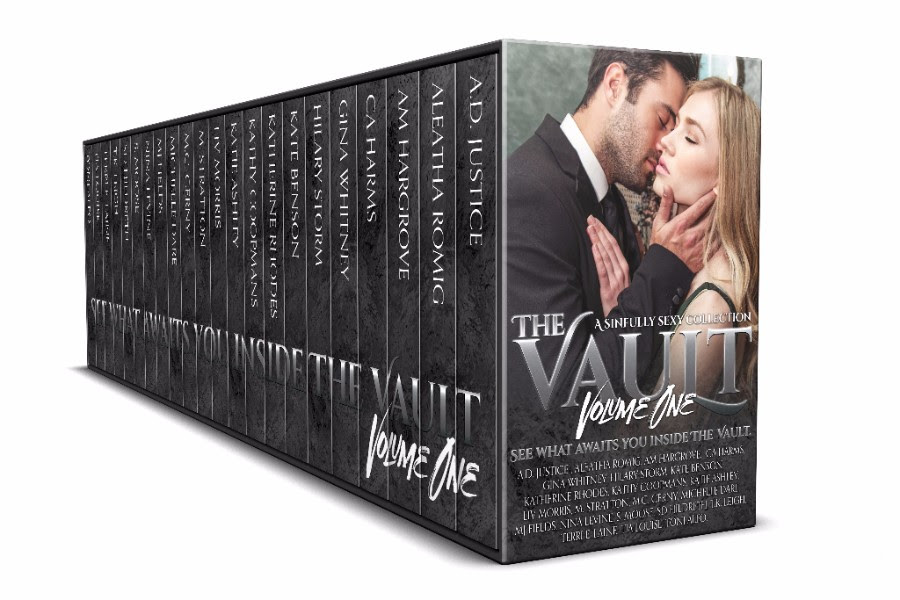