Rampage’s and Penny’s story, the fourth standalone book in the
Redemption sports romance series is available in all formats to read
now! 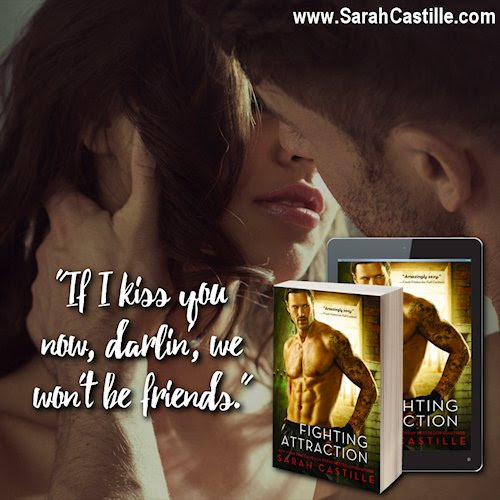 Don’t forget to join in the release week celebration on her Facebook Page for contests, giveaways, and more!

I jumped into this series without reading the first
3 books (which I will do no for sure) – and it was also my first book
by this author. And what can I say – I am a goner for her writing style –
if the first books are only a little like this they will be awesome I
am sure.

It is easy to read and follow as a standalone – just be
aware that naturally you will spoiler yourself the endings of the first
books as the characters appear in this novel again.

The leading
characters were so well developed that you would expect them to be real.
I loved their dialogues and the banter was really fun. There was enough
though stuff going on to ground the story but the flirty and sexy parts
made up for the darker moments.

The mixture was just so well
balanced that it was real fun reading this book even if it deals with
serious subjects. I liked that there was no miracle cure for problems
that felt real.

Rampage is a DOM but he is so different
from most of the DOM’s you encounter in other books. He is not what he
is because he is damaged in some way – he just IS – (even though he
hates himself for being the way he is – yeah well its difficult to
explain without spoilers) and the side he shows other people outside
might be the one of an MMA fighter but yet he is fun to be around and a
gentleman.

It was such an interesting mixture that I loved discovering his layers.

And
then there is Penny – OMG – she is the epitome of a walking &
talking contradiction – open a dictionary check “contradiction” and
there will be her name beside it.

She is as British as it gets –
but when you discover all her layers – its just wow. The fangirl, the
lady, the lover, the sub (well not really but yeah discover that part
for yourself), the friend, the tortured soul, the little girl. She is
honest, reliable, keeps her responsibilities and promises (even when she
hurts herself in the process) and she has the dirties British mouth
ever.