Blurb : Everyone has a secret…
Gabe Hyde is on borrowed time. He’s been hiding his identity for over four years-hidden from the world that used to adore him–obsess over him–driven to the edge of insanity by one poor choice.
But that one choice, altered the course of his life forever.
Pretending isn’t all it’s cracked up to be, especially when pretending means hiding your real self from the people that care about you the most. But if anyone ever discovered the truth it wouldn’t just be his life at risk–but hers.
Saylor doesn’t hate men.
Just Gabe.
Only Gabe.
He’s a reckless, happy-go-lucky, silver spoon fed pain in her ass. Everything about him makes her more and more confused. Unfortunately they both donate time at the same Group Home. If she wasn’t afraid of flunking, she’d be long gone. She hates that she’s attracted to him almost as much as he hates that he’s attracted to her–and she can tell, especially since their first encounter ended up making her knees so weak she couldn’t form coherent sentences for weeks afterwards. But the closer she gets to him, the more confused she becomes. He isn’t who he says he is, and he’s hiding something big.
What happen when two worlds collide? Two worlds that never should have met in the first place? Some secrets are too big to be hidden forever–the only question? Will his destroy everyone he loves? Or finally bring about the redemption he’s been craving for the past four years?

Everyone has a secret…What’s yours?

Review : Been staring at these blank page…

What should i say?
So many reviewers use powerful words /beautiful pictures and write long Texts …

This is really digging Deep

I’m toxic. She’s pure. I can’t stay away.
I saved a life by taking another. It throttled me into a vortex of endless darkness with booze and sex as my only solace.
Until her.
Maria Richards brought light back into my life even through my drunken haze. For weeks, I treated her like trash. Felt guilty as hell the moment I left her bed and breakfast.
Life has a funny way of bringing back your past sins. A second chance with Maria stumbles in my path. It’s time to right my wrongs and be the man I burn to be.
I’ve never believed in redemption, and now it’s my only hope.
GOODREADS: http://bit.ly/ToxicTBR 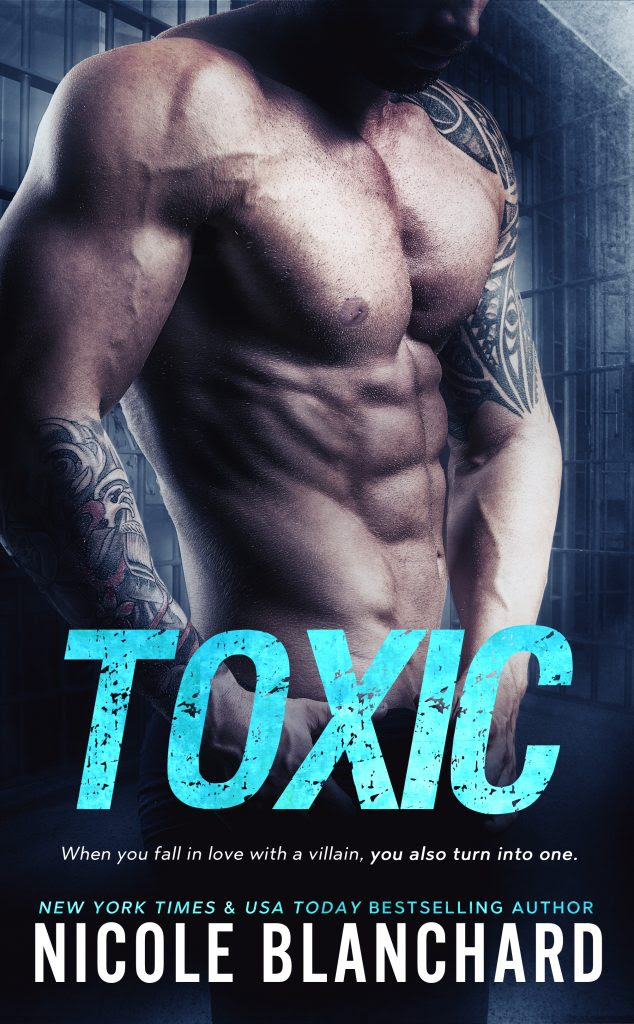 “John Doe” was just another patient. A criminal.

As a prison nurse, I knew the rules: do my job, don’t get involved, and never let a prisoner get under my skin.

I broke all three.

My passion, my obsession, my addiction. I risked my entire life so we could be together.

I thought helping him escape from prison would be the hard part.

It turns out when you fall in love with a villain, you also turn into one.