My life was what country songs are made of: my Granny died, my girlfriend broke up with me, I knocked up her cousin, and I was inducted into the Major League Hall of Fame. Yup…just like every country song I’ve ever heard.
But let me start over…
My name is Gage Nix. That’s all you need to know.
Actually, there’s a lot more to Gage than meets the eye. My name’s Katie Crisp, and I had a front row seat and the inside scoop.
In a moment of grief and desperation, I allowed the Home Run King to…well, hit a home run on my diamond. He not only knocked it out of the park, but he also knocked me up.
Raising two babies—the one I was carrying, and Gage—wasn’t what I signed up for. But he gave me no choice. I only wish I hadn’t waited until the end of the season to see that he was my MVP.
Oh, and the only hall of fame he’s ever been inducted into is his own.

Best Selling Authors Leddy Harper and Stephie Walls met on a street corner in Savannah, Georgia in 2015, where they quickly formed a bond over book boyfriends and cheap wine.
After discovering the two best friends shared a brain, their alter ego, Stella was born. After all, when you put two romance authors together…you’re gonna get something Stella! 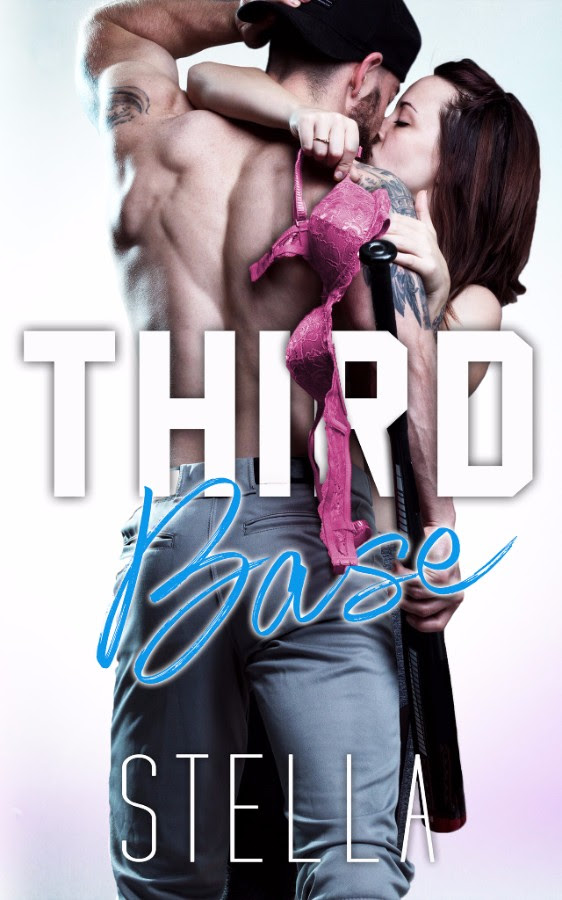 Third Base is coming November 2, 2017 from Stella
(the Alter Ego of Leddy Harper and Stephie Walls)

First base: kissing.
Second base: above the waist.
Third base: below the waist.
Home run: no explanation needed.

Every baseball player knows to keep their eye on the ball and swing for the fences. Each base counts, but a home run is the goal. No one wants to strike out. This is true both on and off the field.

Ellie Teller had been my best friend since we were born, and we had a plan—get out of the tiny Alabama town we’d grown up in and go to college…together. But even life’s best-laid plans could throw a powerful curveball. Rather than attend classes, I was now the starting pitcher for a Major League team.

While my game-day stats were impressive, my record with women was less desirable. I was the professional baseball player who hadn’t been able to make it past third base since the one and only night I’d played hardball with my best friend.

But when the bottom of the ninth came to a close on my career, I had to decide if our friendship was worth more than a few extra innings.