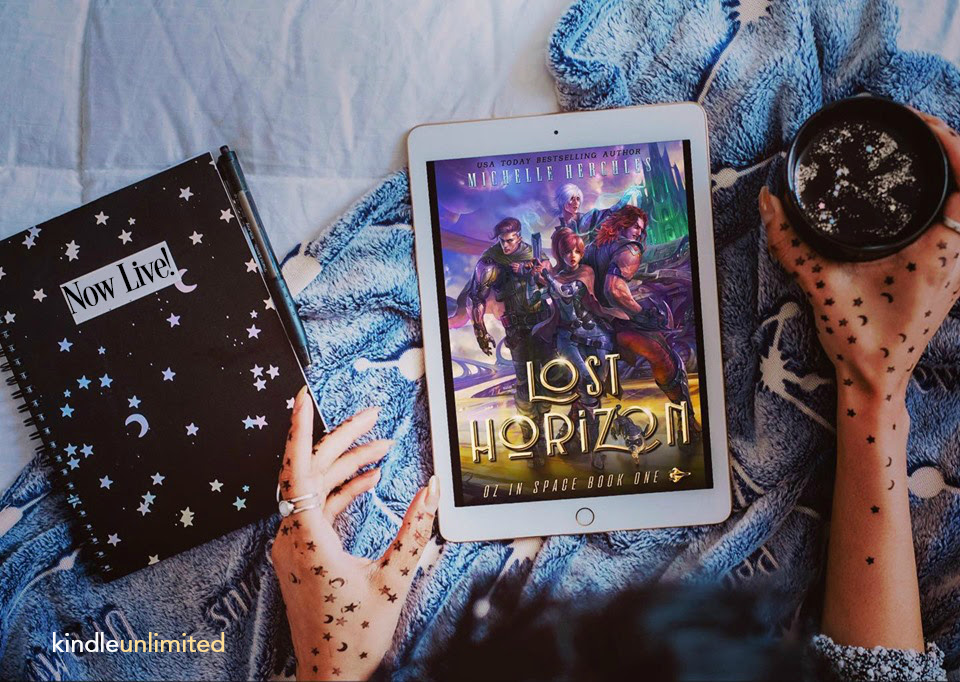 A magical planet torn apart by war. A defiant space pilot cadet determined to save the ones she loves. The adventure of a lifetime.

Space Academy prodigy Dorothy Hanson doesn’t have time for love nonsense. She has one goal, complete the mission her parents started before their untimely death.

When a cosmic disturbance hits the Kansas Space Station, Dorothy seizes that opportunity to go on her first space voyage. She didn’t expect to be sucked into a vortex nor land on a strange planet ravaged by war.

Stranded, she must embark on a perilous mission to the Land of Oz, the only nation that possesses the technology to send her home. Three strangers join Dorothy in her quest, all carrying reasons of their own for reaching Emerald City. A man without memories marked with a strange symbol on his face. A cyborg with a chip on his shoulder and a mysterious past. And a scarred hellioncat plagued by nightmares in the dark.

Dorothy doesn’t know if she can trust them, but as their journey progresses, their bond becomes stronger and Dorothy’s feelings evolve from suspicion to caring too much. Torn between contradicting emotions, she must find the strength to fight the evil forces that stack up against them along the way. Surviving the trip on the yellow road is priority number one, but can she survive losing her heart?