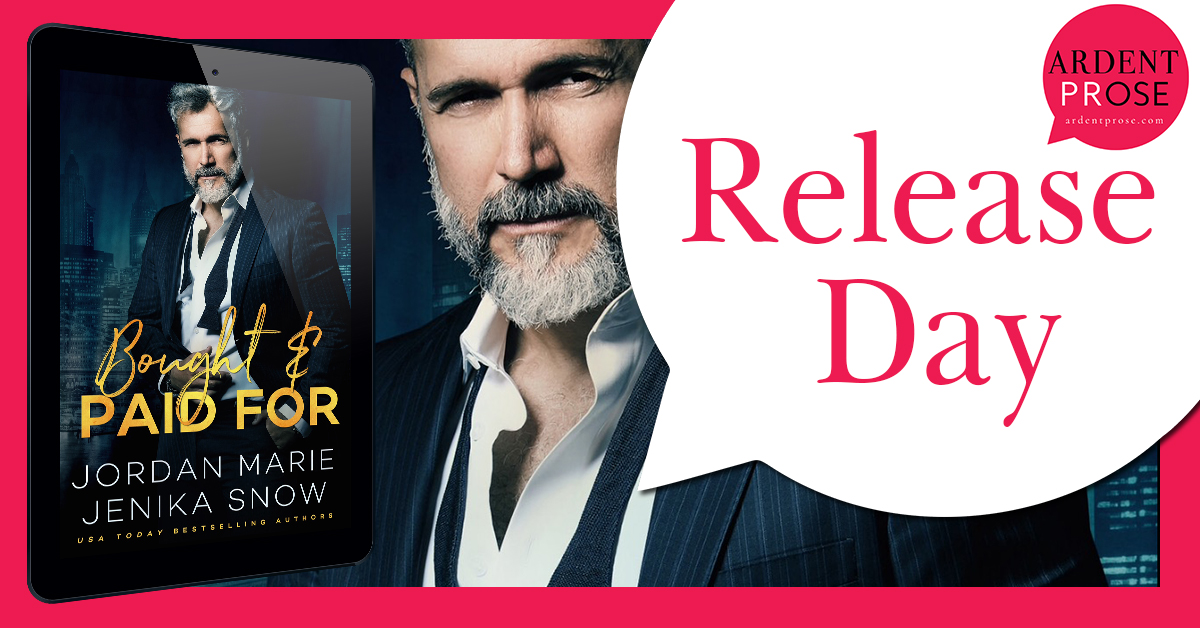 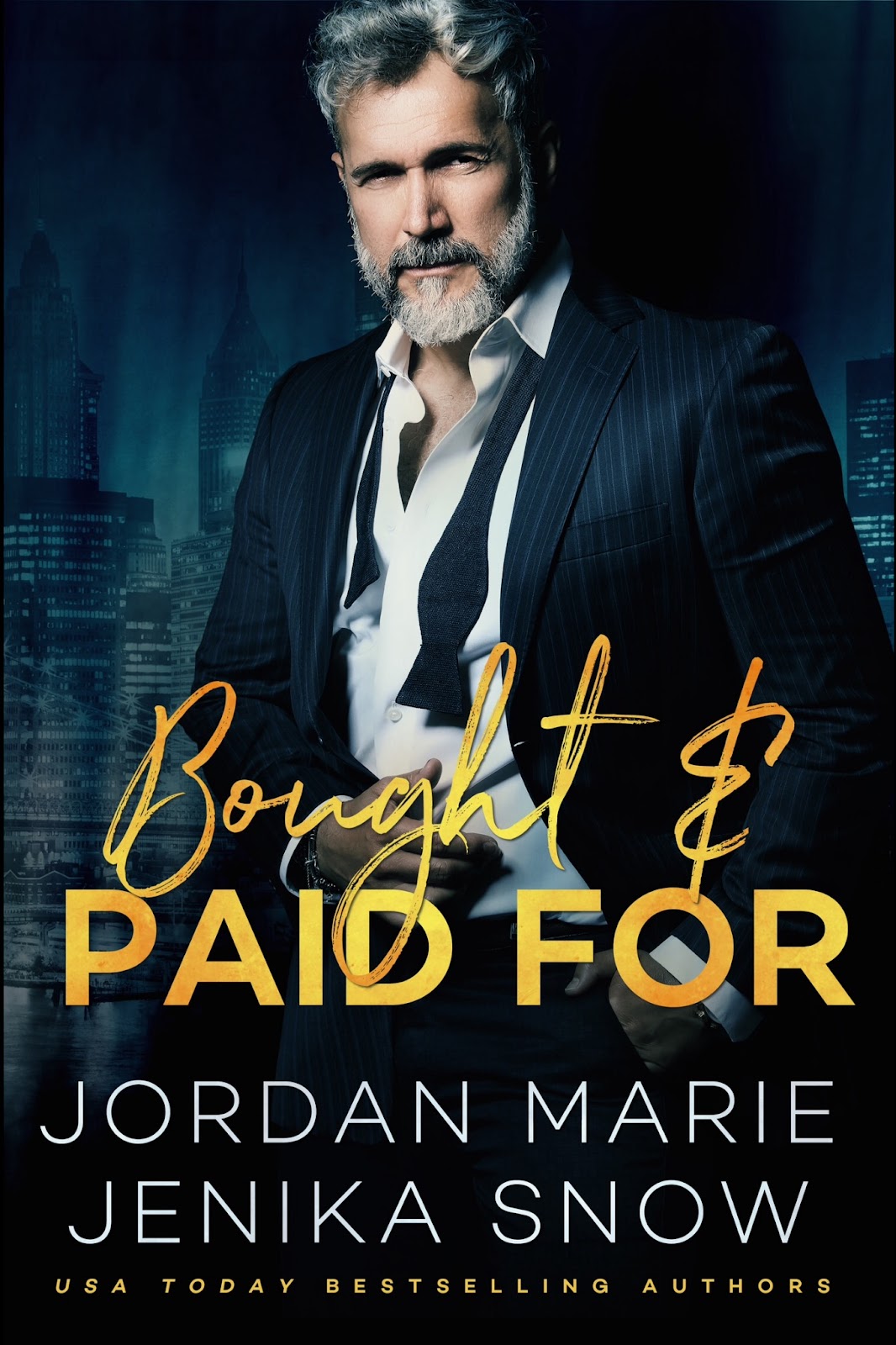 He wanted my virginity.He wanted to own me.I just wanted to be his. Jackson I wanted Megan from the moment I first saw her, and nothing would keep me from her.I could have been called a bastard for knowing her father would fail in paying me for a mutual business agreement, for knowing I would take Megan as payment.But she was mine and in my world, when I wanted something, I took it. And I wanted her.She was bought and paid for, collateral damage when her father failed to uphold his end of the deal.They all think it’s only for a week. They’re wrong.I’m keeping her.
Megan  My father couldn’t fulfill a debt to Jackson King, but Jackson didn’t seem to mind, not when he got me as his payment.Having been attracted to the brutal businessman for years, I couldn’t help but feel arousal and trepidation at what he had planned. He wanted me for a week, to do with as he pleased.He wanted my virginity.But I knew this was more than just repaying a debt. This was about Jackson wanting to own me, not just my body, but every part of who I was.And the depraved part about it all was the fact that I wanted to give everything to him.I wanted to be his. WARNING:  This is fast and hard ride, featuring an over-the-top Alpha who fights dirty and plays dirtier. It’s a safe read, but it’s short, filthy and so hot you might need a nice, big, long, cool…drink to get you through to the happy ending.

MeganMy heart was thundering, my palms sweating. I looked between my father and the man who was claiming he now owned me. I stared at my father, pissed that he would get himself into the situation, that he always seemed to fuck up on the most monumental levels.He wouldn’t even look at me and I knew it was because he realized how bad the situation really was. With his head downcast, his gaze refusing to meet mine, I could do nothing but want to lash out at him, hurt him in the way he was hurting me right now.I knew in that moment that he would let Jackson King take me, own my body… fuck me.“I’m not some piece of fucking property,” I almost screamed out. Tears of anger raced down my cheeks, and I felt my face heat.And then, looking calm, collected, and like he had all the time in the world, Jackson King stared directly into my eyes and smiled. His grin had a chill racing up my spine, this cold sweat covering me, and I knew I should’ve been afraid instead of aroused.Jackson King was older, hell, no doubt two decades older than my own twenty-one years, with a headful of short silver and grey hair, and a beard that screamed all man. His body was big, strong, muscular, and despite the situation, he made me feel very feminine.“Your father owes a debt, and without any funds or any collateral to make up the loss, you’re what I’ll be taking as his payment.” He said those words as if the deal was already done, as if I had no choice in the matter.I didn’t know what my father had done, or why this was happening, but I knew I’d find out eventually.Forget the fact that I’d wanted Jackson King for longer than I could remember. I didn’t “know” him, but he’d been doing business with my father for years, and I knew enough about him through the media that it was like he’d always been in my life.I could have snorted at the fact that I would assume to know who Jackson King was.
Ever since my father started doing business with him, I’d been fascinated by the man behind the three-piece suits and the billion dollar company. I knew he was ruthless in his endeavors, and that what he wanted, he took.I just didn’t think I would be the object of his taking.I clenched my teeth together, my anger rising, my annoyance taking over. I stared right in his eyes, not about to back down no matter how intimidating he was.“You can’t make me go with you.” I felt pride over actually saying the words and knowing I had power too. “I’m not some piece of property you can own.” But the smirk he gave me, that arrogant, all-knowing expression, had this cold feeling rushing over me.He took a step closer but I held my ground, refusing to back down. He might be powerful in the boardroom, maybe even dominate and dictate to everyone around him, but in this instance I would not bend.I would not submit.And when he reached out and tipped my head back with his finger under my chin, I knew there was something inherently wrong with me. The feeling of his flesh on mine, even that small touch, had me instantly wet. I felt my nipples beading, and my inner muscles clenching painfully.He smiled wider, flashing straight white teeth, but it was more of a predatory expression, one that told me he knew he would get exactly what he wanted no matter what.“That’s where you’re wrong, Megan.” He ran his thumb along my jawline, eliciting a shiver along my arms. “You’ll give me what I want because you love your father, you don’t want to see him desolate and broken, and also because…” He leaned in closer so our faces were only inches apart. The scent of his cologne was addicting, and filled my head, making me dizzy, drunk from it all. “You’ll come with me because you want me as much as I want you.”And just like that, after he spoke those words—those very true words—I knew I would do whatever he said.

Jordan Marie
A QUIRKY WRITER GOING WHERE THE VOICES TAKE HER.USA Today Best Selling Author Jordan Marie, is just a simple small town country girl who is haunted by Alpha Men who talk in her head 24 hours a day. She currently has 14 books out including 2 that she wrote under the pen name Baylee Rose. She likes to create a book that takes you on an emotional journey whether tears, laughter (or both) or just steamy hot fun (or all 3). She loves to connect with readers and interacting with them through social media, signings or even old fashioned email.
Twitter  Facebook  Web Goodreads  Amazon
Jenika Snow
Jenika Snow is a USA Today Bestselling Author that lives in the northwest with her husband and their two daughters. Before she started writing full-time she worked as a nurse.
Twitter  Facebook  Web  Goodreads  Amazon