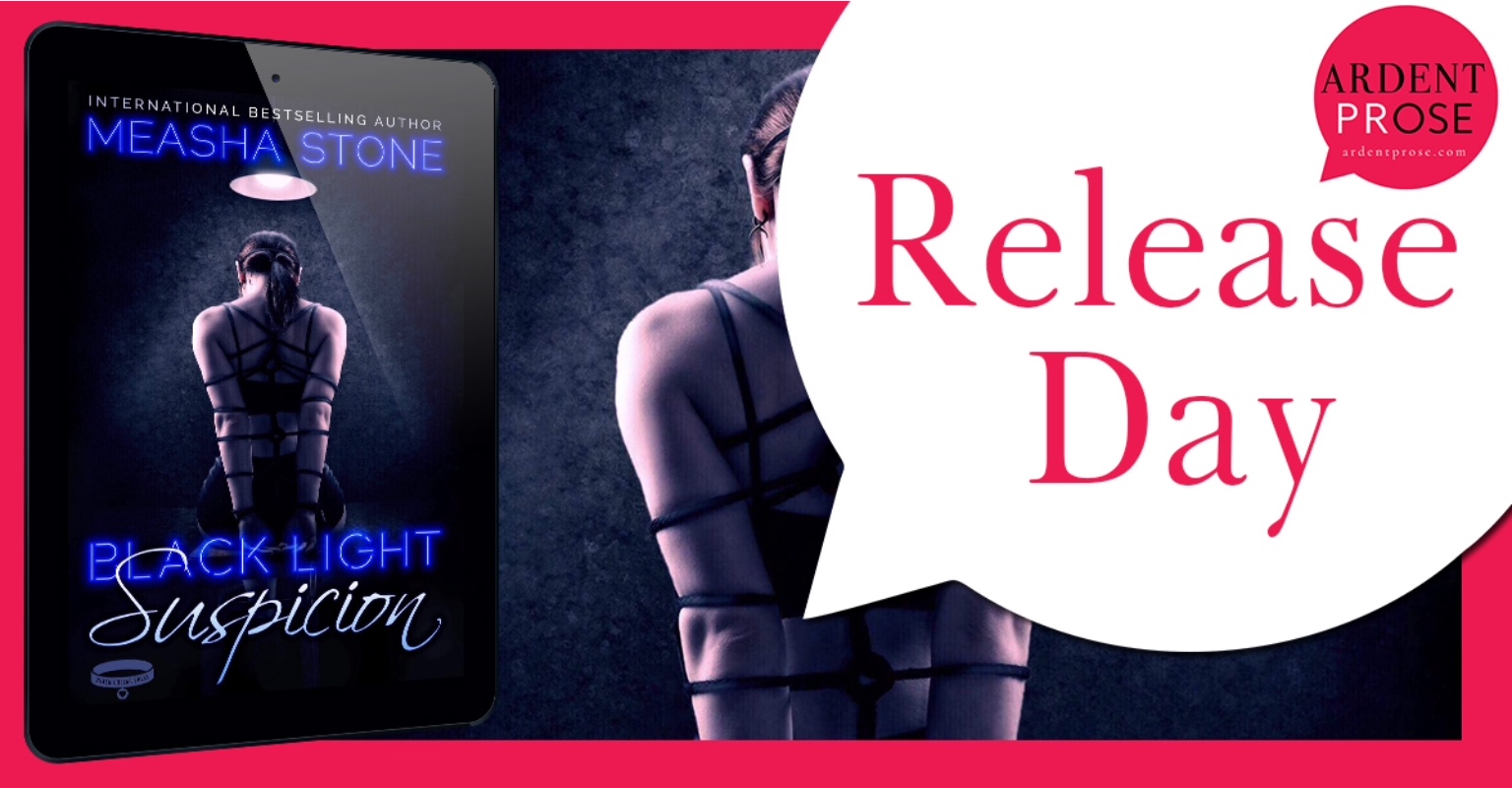 Sophie Nelson knows her kinky interests are no more than fantasy, definitely not something that’ll ever happen in the real world. So the sexual playground Black Light is the best place to turn. A safe place to play. Until Scott.

Detective Scott Russo knows better than to get sexually involved with his partner. Mixing business with pleasure never ends well, but sometimes rules are meant to be broken. He can’t avoid the temptation of giving Sophie exactly what she needs, even if that means a firm hand.

While Sophie and Scott find themselves mired in a high-stakes investigation, their off-duty kinky explorations intensify. With danger at the door, and complications that threaten to tear them apart, can they survive the tug of war.

“Sure. I can do fifteen.” She nodded. Fifteen smacks and she’d win. “But wait. What do I get if you can’t get me to crack?”
His lips quirked with a laugh. “Have I ever not gotten the guilty to talk?” he asked then held up his hand. “Don’t answer. We aren’t bringing work here. Fine. Just so you can have a glimmer of hope, if you can hold out, if you don’t give me the answers I want, I’ll pay for a month of your membership dues. Since you didn’t get a chance to win it at the game, make it through this scene with your secret still hidden, and you’ll get a free month.”
He couldn’t be serious, but then again, she would admit, she had not seen a reluctant suspect who didn’t crack beneath him. She knew how he worked, though. She could get through it.
“Fine.” She nodded.
“Good.” He sealed the deal by pulling his arm back and unleashing the first lash across her exposed breasts.
The wind from the flogger blew her hair. Her breasts jostled from the impact, but all in all, not bad. Fourteen more to go—bring it.
She straightened her back and brought her gaze to meet his. He shook his head, still wearing that damn grin of his, and brought his hand back again, this time landing a hard smack to her thighs. She bit back a cry, clenching her jaw instead. The third and fourth lashes came hard and quick, one to her chest, the next to her thighs.
He moved around her to her right side and brought his hand back again.
By the tenth stroke, her breath came in ragged bursts. Her nipples budded in pained arousal, but the lashes to her thighs throbbed more.
“Doing good, sweetheart,” he said as he ran his palm over her aching thighs. “Do you think you’d like to answer me now?”
“I already told you.” She lifted her chin and avoiding his stare.
He wiped a strand of hair from her heated face. “That’s my girl. I’d almost be disappointed if you made this easy on me.” He kissed her forehead and stepped back into place. The flogger came quickly across her breasts, one way then the next. Her chest became his canvas, his flogger the brush.
She cried out, no longer able to bite back the sound of her torture. 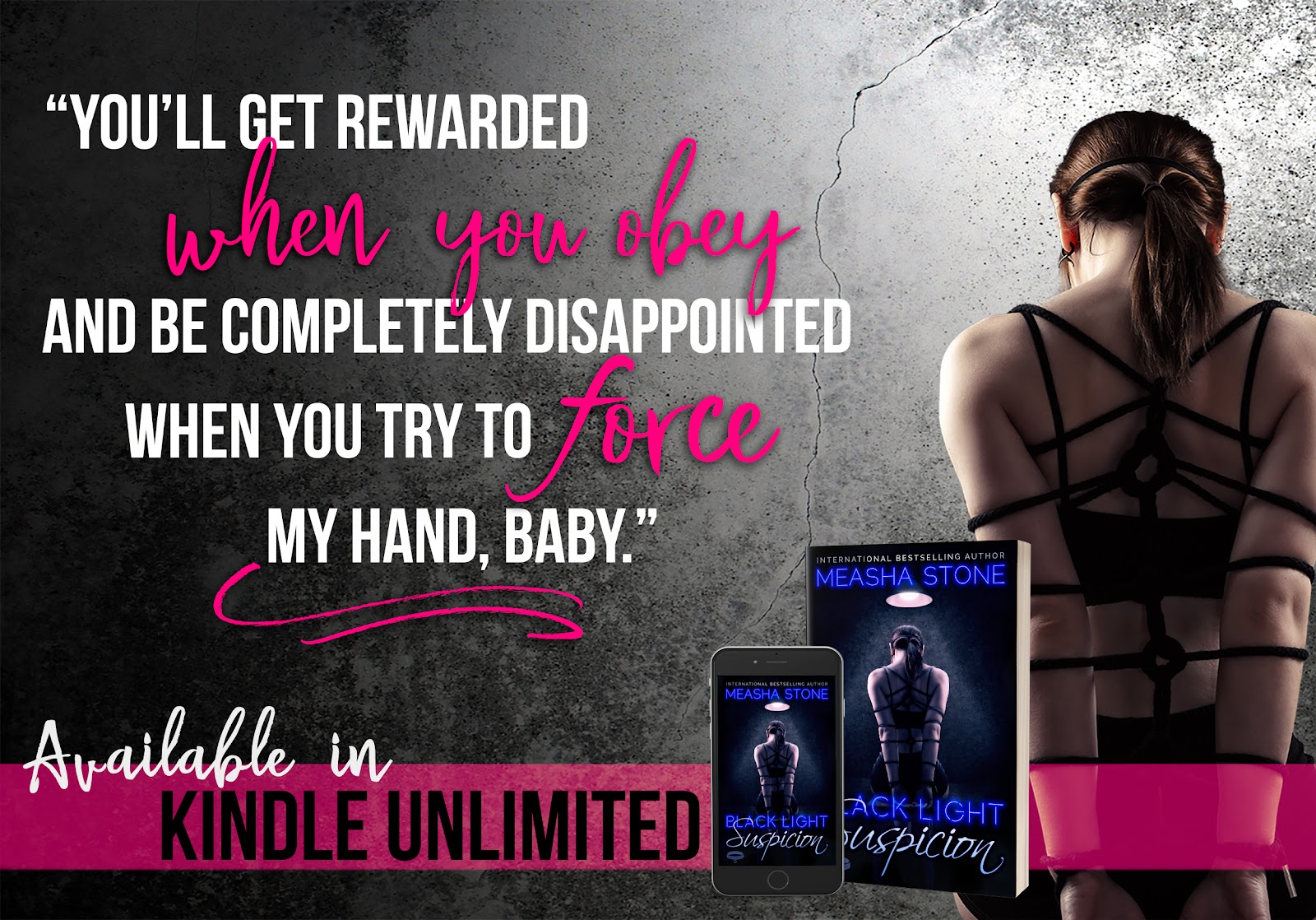