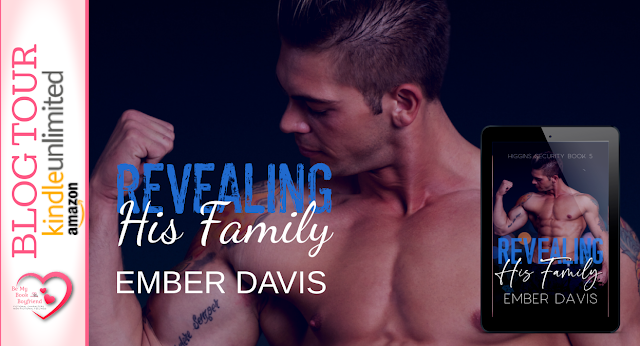 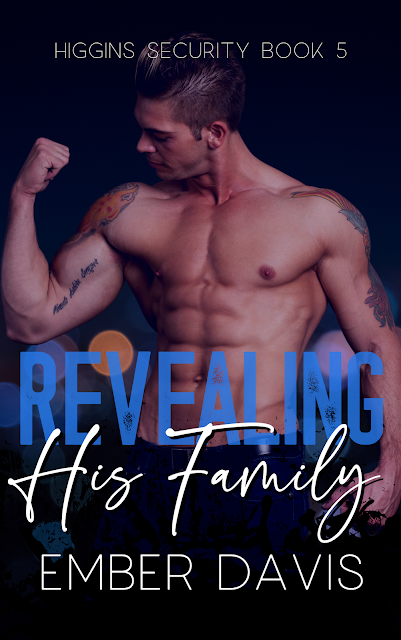 BLURB
TRIXI love my job, but there’s something not quite right going on at Aces, the club where I bartend. I’ve been keeping an eye on things, but I’m not sure who to trust and what’s really going on. I’d be disappointed if the owners are behind it, but I find people often disappoint.Everything about the new guy, Sebastian, is dubious. There’s something he’s hiding and not just how he doesn’t belong behind a bar. It’s too bad I also want to jump on him and never let go. It’s a real problem.I won’t accept a liar into my life. Not again. So why can’t I stop thinking about him? And why, when I need him the most, is he right there?First, we need to get to the bottom of what’s going on at Aces. Then, I expect the truth. All of it. Maybe when everything is out there, I’ll be able to decide if the feelings I’ve been having for Sebastian are real or not.SEBASTIANMoving to Denver from New York was one of the best decisions of my life. I’m part of a family now that is unlike the one I grew up in. I only wish I didn’t have to leave behind the most important person in my life.I thought going undercover at Aces for Higgins Security was going to be a straightforward assignment, but Trix complicates matters. I’ll find out what’s going on but telling lies to the woman I know is mine is going to have consequences.She’s suspicious, rightly so. When tragedy strikes my past, it means my son, Drake, is moving in and more lies pile up. I hate it.Can I keep my woman safe and prove to her I’m exactly the man she needs when the line between a lie and the truth has been blurred? I have a job to do, but nothing is going to stop me from making Trix mine. My life is changing with Trix and Drake at the center of it. She might not believe it, but we’re forever and I’ll reveal everything. Right after I find out who’s behind what’s been happening at Aces.**18+. If you like alpha heroes and an insta-love story that is sweet but isn’t necessarily simple, then this is for you. No cheating with a guaranteed HEA. It is a standalone and the fifth in the Higgins Security series, but it would be more enjoyable if you’re caught up with this Denver family.Warning: This story may contain casual cannabis use, but not to worry, they live in a legalized state and are responsible members of society.**
PURCHASE
Amazon US
Amazon UK
Amazon CA
Amazon AU 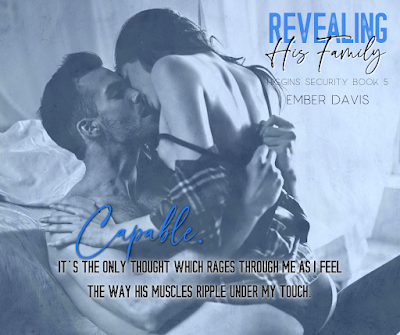 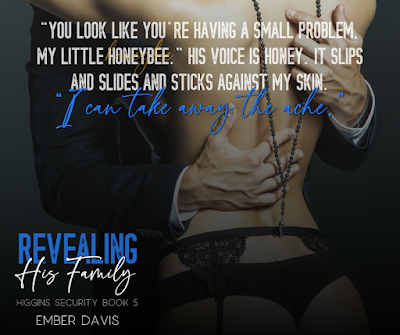 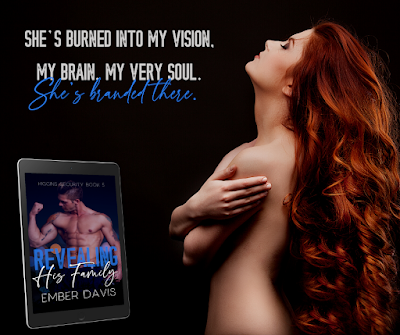 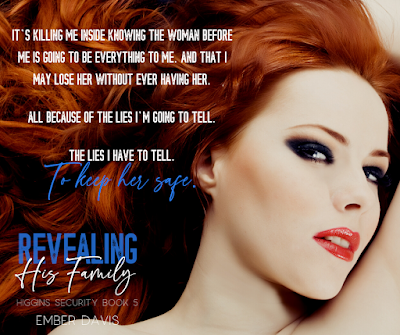 Ember Davis loves alpha heroes with a range of emotions, but a strong sense of how to take care of their women.  She loves her heroines from all walks of life, just like her heroes, and she wants them to be real and relatable.  Her heroines tend to be sassy, opinionated and smart.

Ember is a stay at home mom of two who recently refound her love of books and all things romance and is so glad that she did.  She’s always been creative but writing and creating stories that she would love to read that satisfies the dreams she had as a little girl.  She loves butterflies, the color purple and enjoying time with her family.