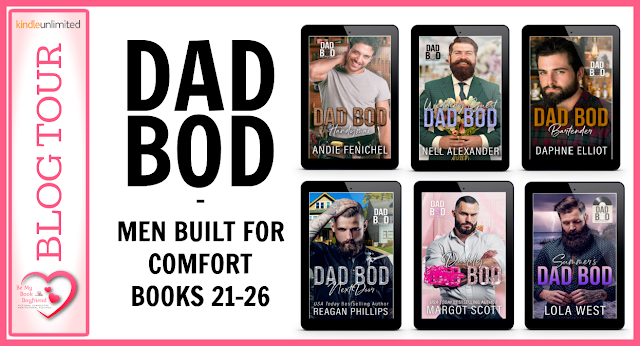 Dad Bods made a big impression in 2021 – and they’re not going anywhere! This January, some of your favorite contemporary romance authors are bringing you a sexy selection of brawny, hot Dad Bods and the women who love their men with a little something extra to hold on to. These men may be built for comfort but don’t be fooled – they will stop at nothing to protect the women who’ve claimed their hearts 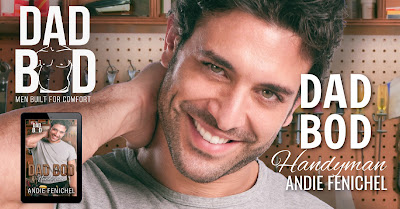 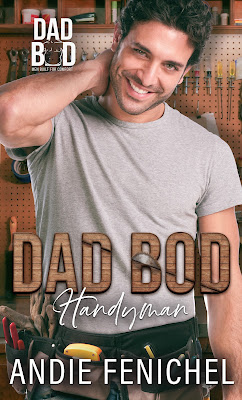 BLURB
A Lane family, small-town, instalove romance in the Dad Bod — Men Built for Comfort series.WillaI bought a dump. It’s the worst house in the most charming town I’ve ever seen. It was Roseville that sold me. Standing in my exploding kitchen, with my house falling down around my ears, my friend sends over a handyman. He’s big, handsome, and I can’t take my eyes off of him. Everything I see as a problem, he sees as an opportunity to make my home beautiful. I’m holding back because, just like this stupid house, I’m full of flaws, and he has a little girl to think about. I can’t risk hurling the Willa-disaster-zone at him, even if my heart yearns to take the leap.DenverMy business is flipping houses, not fixing them for other people. Yet, when a friend asks me to take a look at our new neighbor’s rundown house, I cave. Wow, am I glad I didn’t refuse, because I could look at Willa all day. In fact, I want to do more than look. I want to touch, feel, and cherish her. I can’t get her out of my mind, but what would a sophisticated, big-city girl want with a small-town single dad from New Jersey? Since she’s all I can think about, I guess we’re going to find out.
PURCHASE
Amazon Universal 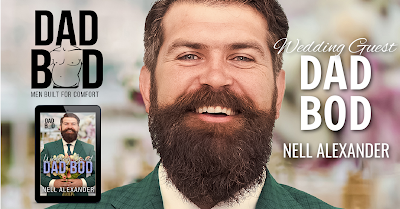 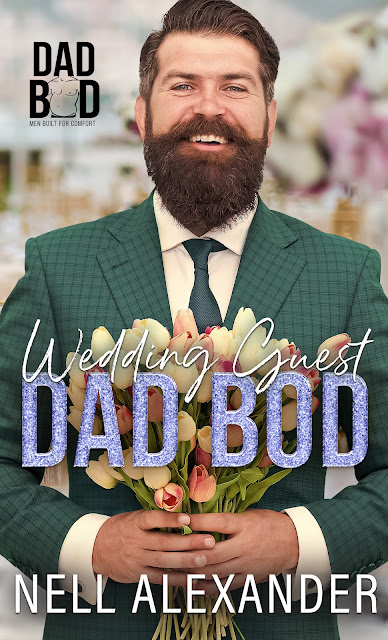 BLURB
Reeling from a tough divorce, the last thing Charlotte wants to do is attend her cousin’s lavish wedding.But having been convinced that it would do her good to remember what happiness looks like, she relents and attends, without a plus one.Nathan isn’t looking for love. He is focused on his children, his work and training his crazy dog, Hattie, to stop stealing and hiding his shoes.He certainly doesn’t expect that rescuing a tipsy wedding guest could lead to more than a drunken thank you kiss.But as the night moves on, the undeniable attraction leads Charlotte to do something she never expected, and Nathan will be damned if he lets her go.
PURCHASE
Amazon Universal 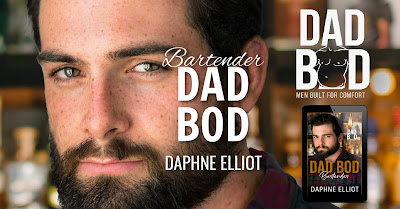 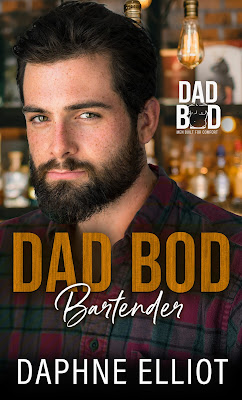 Love at first sight is for fairy tales and romance novels. Or so they thought…

Wyatt is finally ready to pursue his dream of becoming a brewer, and Havenport is the perfect place to do it. Love is nowhere on his agenda—especially after his last romantic disaster. But all it takes is one look at a sexy songbird onstage to make him question everything he thought he ever wanted…

Sylvie is tired of struggling. She’s ready to leave her songwriting dreams—and Havenport—in her rearview once and for all. But then she meets a tall, rugged bartender who makes her wonder if sticking around just a little longer might be worth it…

He’s putting down roots. She’s a flight risk. Can they find their way to happily ever after? Or is their romance doomed to end on a sour note?

Dad Bod Bartender, a standalone novella, features a hunkalicious nice guy hero, a quirky musician heroine, and lots of small town charm. May also contain VW buses, hot, steamy times, instalove, musical references, witty banter, and gratuitous appearances by the Quinn Brothers. If this is your first visit to Havenport – welcome and get ready to swoon! 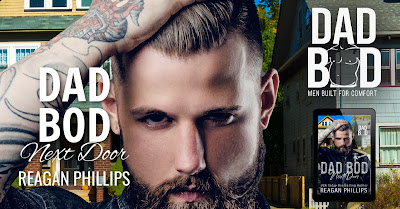 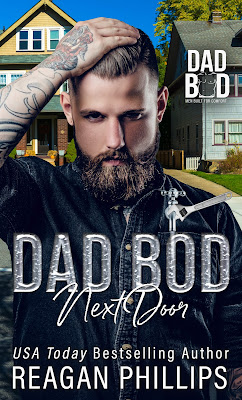 BLURB
VictorI’m not known for my chivalry. Most people find me blunt. I prefer to think of myself as efficient. See a need, fill a need. No BS. No emotions. Just work. That attitude saw me through some tough years in the military and has made my little three-man construction crew the best in town.That attitude has also kept me single. But, hey, if a woman can’t handle the truth, it’s not my place to teach her how. That is until the fiery brunette moves into the fixer-upper next door and begins treating the old bungalow as a DYI project. I can’t stand to see good bones wasted on incompetence, and this chick’s idea of improvements makes my blood boil.So why can’t I keep myself from visiting her home every chance I get? I tell myself it’s to keep the place from becoming the neighborhood eyesore, but even I know that’s not what keeps me up at night thinking about Her.When my crew says I’m going soft, I know I’m in trouble. But it’s the fact that I’m beginning to understand her vision for the home that tells me I’m the real fixer-upper and Mo’s the only woman I want on my reconstruction crew.MaureenChauvinistic Asshole. That’s the name of the man next door. Since the day I moved in, he’s had his nose in my business and his “mansplaining” in my ear.I have less than three months to turn this foreclosure into a proper home for my disabled brother and me. Connor needs a place to live, and guardianship requires I provide a safe and stable home life.I’m no carpenter, but I have a vision for this place. A home Connor can grow old in. Since I’ve sunk every free dollar I have into the project, I’m determined to bring my dream to fruition.Breaking down walls and unhooking pipes, the house is in worse repair than I’d bargained for, and I need help from the egotistical guy next door. Only, the more time he spends around the place, the more I realize he’s not as bad as I thought. After meeting Connor, he even has some good ideas for the house.Days filled with painting and sanding turn into nights cuddled in Vic’s arms. He’s really just a big, grumpy teddy bear, and the more time we spend together, the more I can envision a future with my new neighbor until the house is complete and Victor turns his fixing skills on my brother.He may be the man of my dreams. The only one capable of taking on my situation. But Connor is and will always be my first priority. No matter how hard I’m falling for the big lug next door.
PURCHASE
Amazon Universal 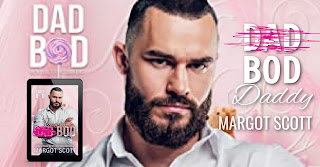 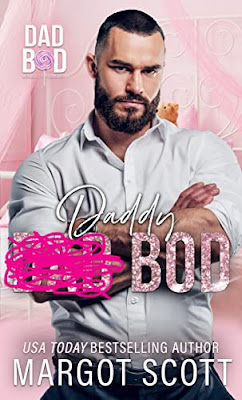 BLURB
JonathanI know three things to be true: Pabst isn’t real beer, the Sox always lose, and wherever I am, I’m always the biggest guy in the room. People don’t just gawk when they see me coming. They keep their distance, which is fine by me. Why do you think I bought a fixer-upper in the country? Not for the creature comforts, that’s for sure.But I don’t mind the manual labor, just like I don’t mind the solitude. I’ve got my own business and my DIY projects, and no room for anything—or anyone—else.That is, until April Meyer shows up on my doorstep, all mouthwatering curves and anxious smiles, clutching a month-old advert touting a room for rent in my new house.A girl her age doesn’t move to the middle of nowhere without good reason. I’ve made it my mission to unearth April’s reasons, but the more I learn, the more I need to learn. Soon, I’m not just coveting her desires. I’m bringing them to life.AprilI knew the ad was a long shot, and I wasn’t prepared for a giant to answer the door. Gazing up at Jonathan, I feel small for the first time in my life, like I could curl up in his lap, safe and warm.Not that he’d let me. I fully expect him to send me packing, but he lets me rent a room. It’s not my first choice to move to the country, but my stepmom threw me out when she discovered how I’ve been saving for college: working as a BBW cam girl, under the username UntouchedLibrarian, reading dirty books to strangers in my bra.As soon as I’m back online, I meet a new customer, one who buys up all my private sessions for the month. Something about this mystery man feels familiar, yet different from the other men I’ve talked to. He doesn’t pressure me to take my clothes off. He just wants me to tell him my dirtiest fantasies, things I’ve never told anyone, about wanting to be cherished and sheltered by a man I call Daddy, who makes me feel like a pearl in his palm.
PURCHASE
Amazon Universal 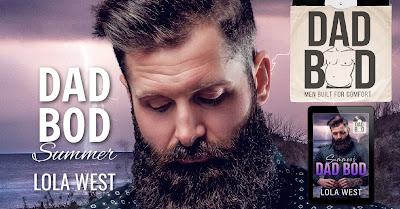 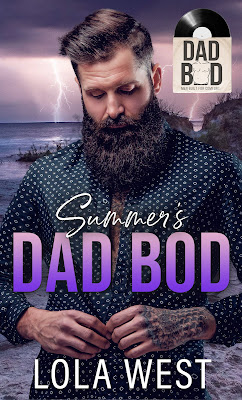 A man his age shouldn’t want to spend so much time with his daughter’s new friend.Andrew worked too hard. He fed on his own success, the kind of man who missed all his son’s soccer games and all of his daughter’s piano recitals. He was supposed to be driving the night his wife and son were killed, but he was on a call. He sent a text: Go without me. That was ten years ago. Now, he’s no one. A wild recluse, nearing middle age, who never shaves but always stands on the beach at dawn to watch the sunrise.Once a year, his now grown daughter comes to visit him. It’s usually awkward and uncomfortable but this year it’s even worse because she brings a friend: Summer.Summer is escaping from something. She’s sad, he thinks, but also warm and jovial. She’s laughing in his living room and pulling open the curtains to let in the light. She’s dancing half naked in the moonlight just outside his bedroom window. And she’s there, on the beach at dawn watching the sunrise next to him. He can’t escape her and a piece of him doesn’t want to…

Summer’s Dad Bod is a standalone age gap novella with an HEA, but it features characters from the Universe of all of Lola West’s books.Dad Bods made a big impression in 2021 – and they’re not going anywhere! This January, some of your favorite contemporary romance authors are bringing you a sexy selection of brawny, hot Dad Bods and the women who love their men with a little something extra to hold on to.These men may be built for comfort but don’t be fooled – they will stop at nothing to protect the women who’ve claimed their hearts.