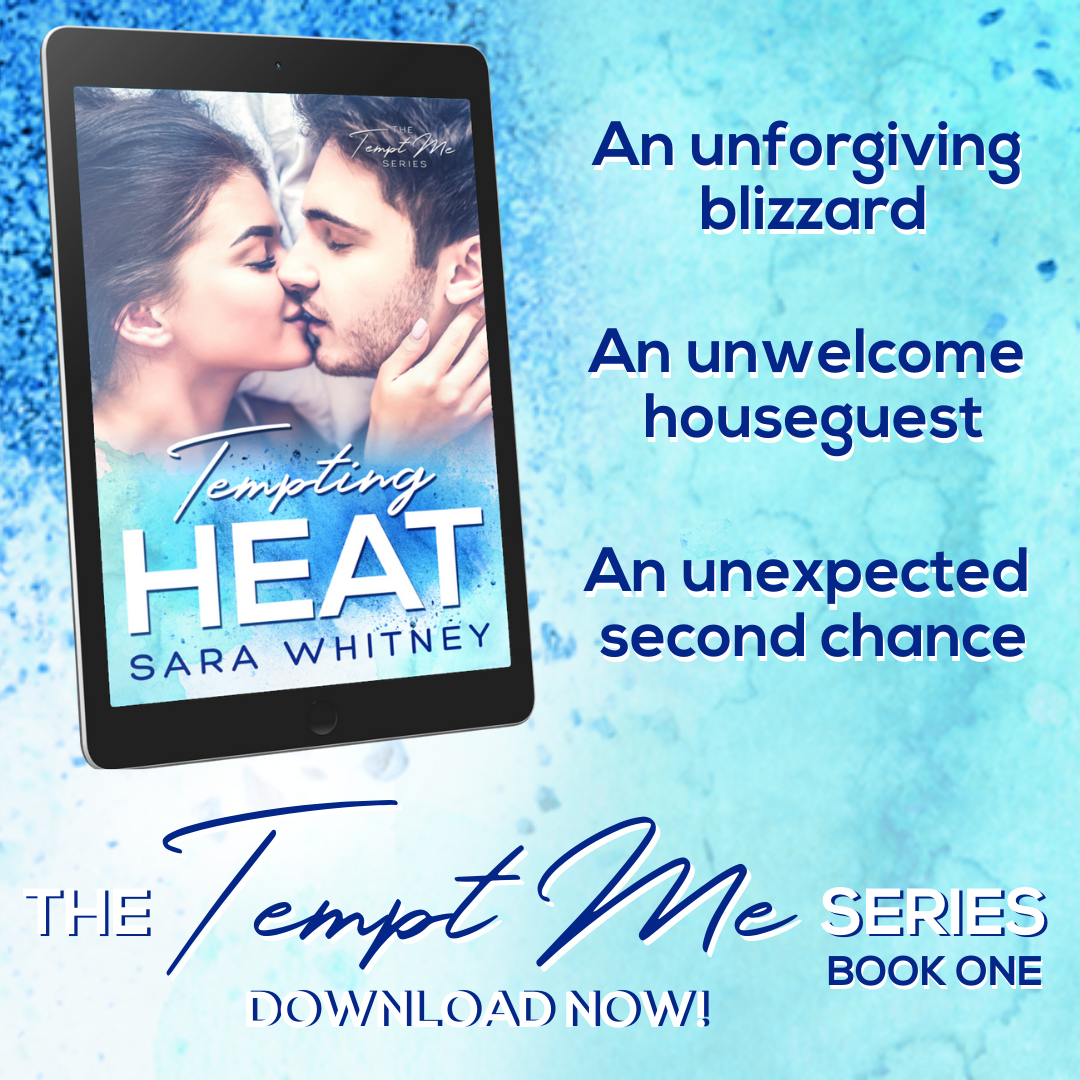 NOW LIVE!!! Tempting Heat, the first book in the Tempt Me series by Sara Whitney, is available now!!!

“Wrap yourself in a cozy blanket, cuddle up, and devour this story. Finn and Tom are 100% guaranteed to make. you. swoon.” – Goodreads reviewer

It’s cold outside, but it’s getting hot inside…

Tom Castle ended up in the wrong apartment on the wrong day. Now a ferocious snowstorm has him trapped with his onetime crush and longtime regret, which is pretty much in line with his lifelong bad luck.

Finn Carey has no choice. Although it’s tempting to let Tom take his chances on the streets of Chicago, she doesn’t want anyone to die in a snowbank— not even the man who hurt her so badly years ago.

At first, Tom and Finn do their best to ignore each other in the close quarters. Then the power goes out, and things between them heat up as the secrets start to flow. Which will thaw first: the storm raging outside or the ice protecting their hearts?