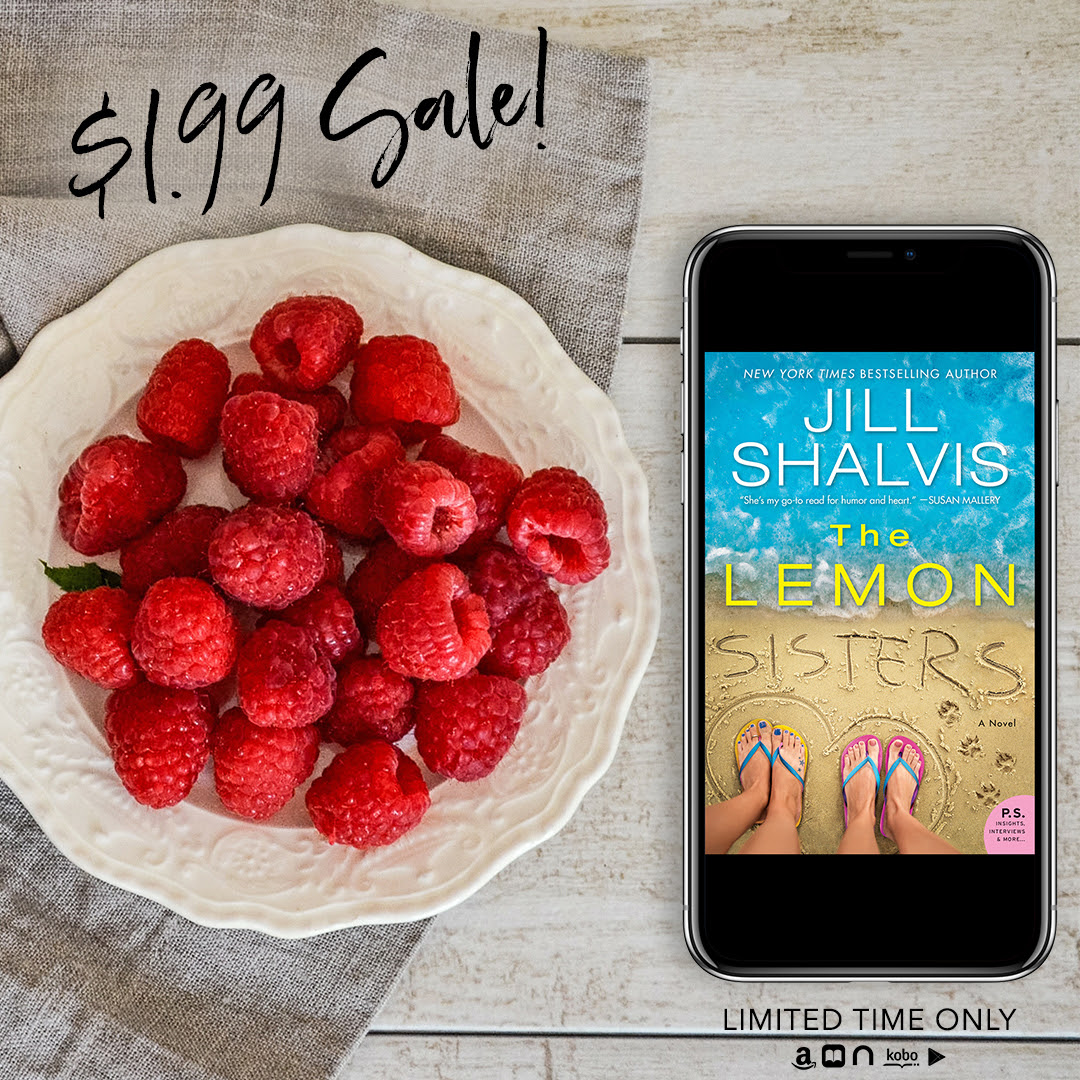 The Lemon Sisters by Jill Shalvis is $1.99 for a limited time!

The New York Times bestselling author of Rainy Day Friends and Lost and Found Sisters returns to Wildstone, California, where two completely opposite sisters- who are still nursing wounds from the past-realize they need each other more than they think.

When Brooke’s older sister, Mindy, shows up at her door with her three kids in tow, she barely recognizes her sibling who looks like she’s on the verge of a total breakdown. While adventurous, wanderlust Brooke was always the problem child, eager to slip free of Wildstone and its small-town constraints, Mindy was the golden child, who never had a hair out of place or a GPA below 4.0. The Mindy that arrives at Brooke’s apartment however, is a far cry from the ever-perfect doctor’s wife.

Brooke’s further stunned when Mindy asks to trade places with her for a few days so she can pick up her pieces and put herself back together. What Mindy doesn’t realize is that Brooke is just as broken. Her sister needs her though, so Brooke takes the kids and returns to Wildstone.

But how does one go home after seven years away and what feels like a lifetime of secrets? It doesn’t take long for Brooke to come face-to-face with her past, in the form of one tall, dark, sexy mistake. But Garrett’s no longer interested, or so he says. Only his words don’t match his actions, leaving Brooke feeling things she long ago shoved deep.

The sisters begin to wonder if the childhood taunts were true, are they lemons in life? In love? True or not, they know one thing—you can’t run far enough to outpace your demons. And when long-dead secrets surface, they’ll have to overcome their differences and learn that sometimes the one person who can help you the most is the one you never thought to ask.