In It To Win It, Kelly Jamieson 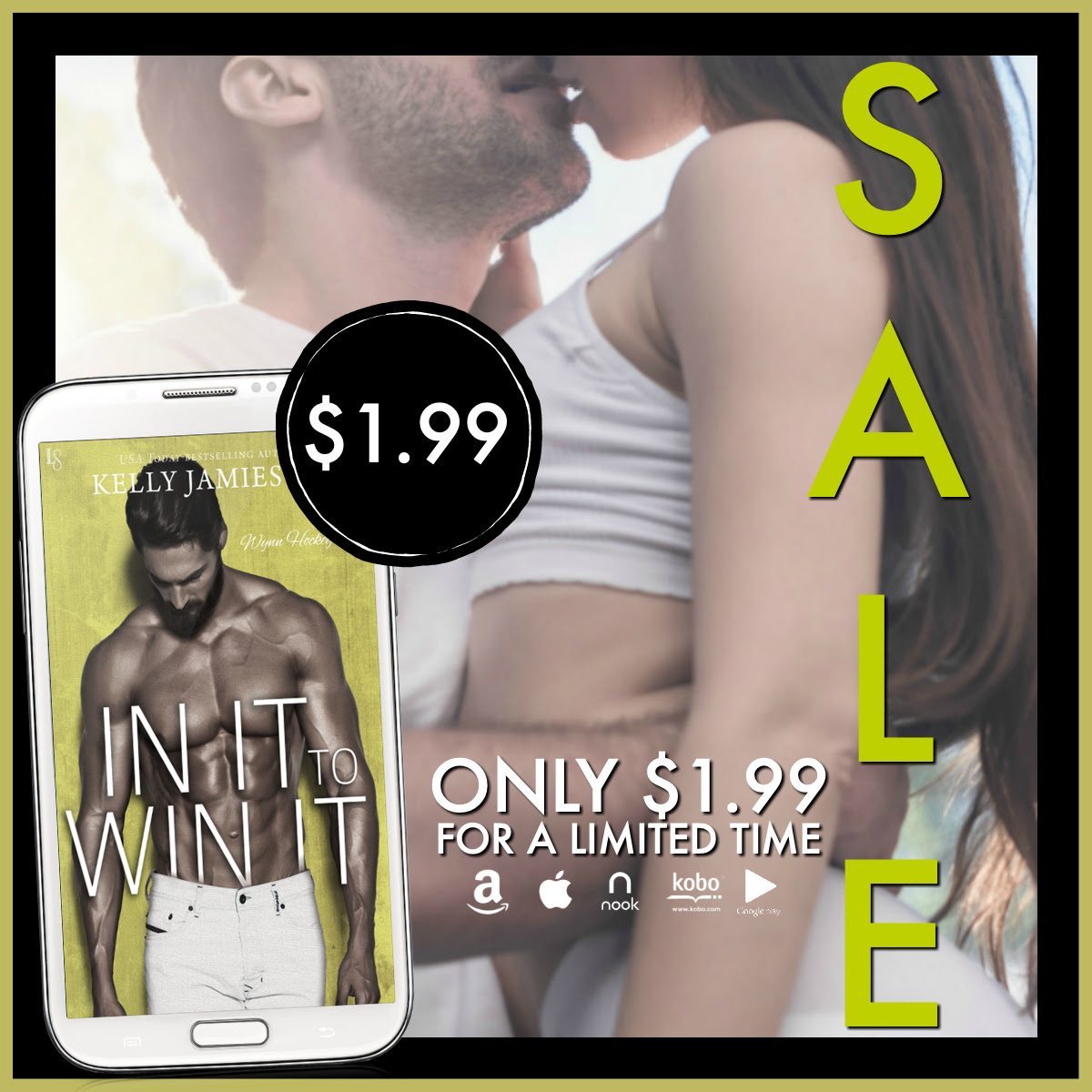 I admit, I’ve made some bad choices—on and off the ice.
Now all I want to do is show my team I can control my emotions while I’m playing and redeem myself with my family, especially with my brother, Théo.
I hate that I hurt him and I’m determined to stay out of trouble.
But the hot bridesmaid at Théo’s wedding is tempting me into another bad decision.
A little flirting and a hook up with Taylor seem harmless . . . until Manny Martinez jumps me on the dance floor and starts beating the crap out of me.
And just like that I add one more bad decision to my résumé.

I always thought hockey players were hot. Now I think they’re crazy.
Manny broke my heart when he got traded to another team and left without even a goodbye.
Then he showed up at my best friend’s wedding. All I wanted to do was show Manny that I was over him.
And the groom’s sexy brother, JP, seemed more than willing to be my distraction.
But after the way everything went down, I want nothing to do with any of them.
Easier said than done. Especially when Lacey’s new brother-in-law is always around. . . .
And I keep thinking about the wedding night, when we snuck away to his room for the best sex of my life.