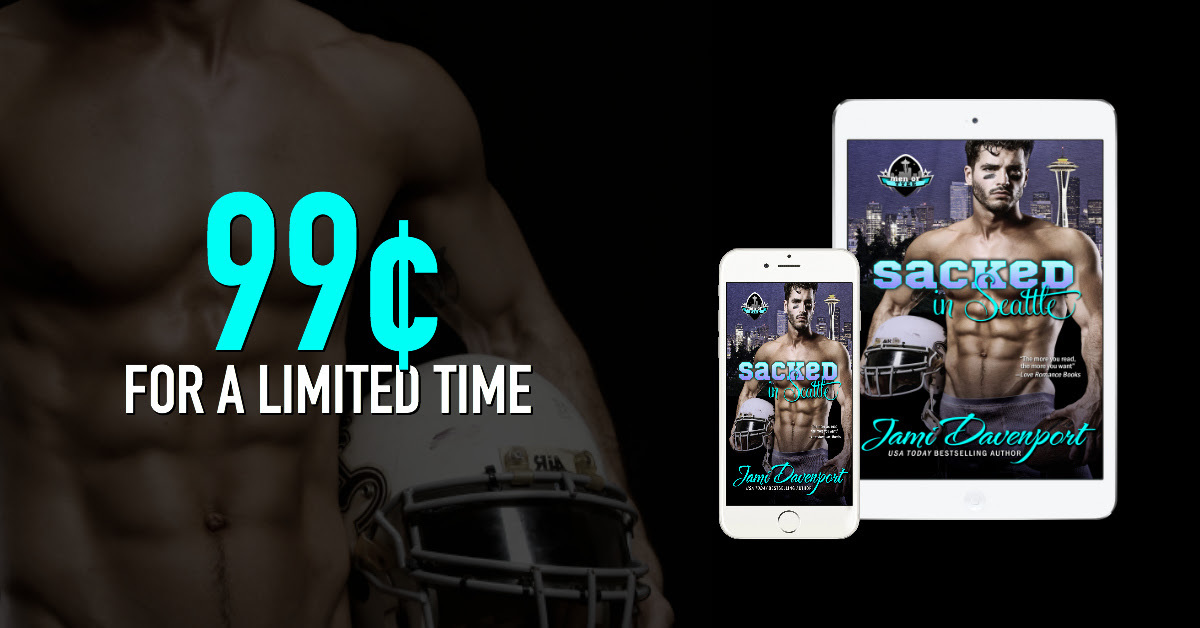 ✭✭✭ LIMITED TIME SALE! ✭✭✭
Sacked in Seattle by Jami Davenport is only 99c for a limited time!

Tyee University football player Riley Black has adored Tiff since high school, but she’s never felt the same way.
As Riley enters his junior year of college, he’s finally moving on and enjoying the perks of being a star athlete. Until one glimpse of Tiff unearths all those old feelings of longing and desire, not to mention the trauma of their shared past.

Tiffani Vernon has been running from her demons for seven years. When she’s forced to return to Seattle for financial reasons and attend the same college as Riley, she’s confronted with the traumatic event which has shaped her future and scarred her memories of Riley. Tiff struggles to avoid her secret high school crush, but he’s not having any of it. He’s pursuing her with a relentless determination to prove once and for all, they were meant to be together.

Can love finally heal their wounds or will they succumb to the pain and forever wonder what could have been?​