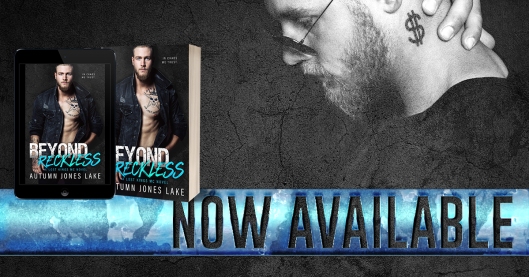 Marcel “Teller” Whelan, Treasurer of the Lost Kings MC, has always been two things—honest and responsible. At ten years old, he was already taking care of his baby sister. At eighteen, he patched into the Lost Kings MC and took a major role in shaping the club’s future.

Three years ago, he thought he’d met the perfect woman, only to have her reject everything he is—a Lost King.

One bullet is a lifetime supply.

Now, after an accident that left a girl dead and Teller almost crippled, he’s struggling through the darkest time in his life. His niece, sister, and Lost Kings MC family are the only things holding him together, but his reckless actions are bound to drive everyone away.

Then, in the most unlikely place, he crosses paths with her again. The woman he once thought might be his perfect match.

Sparks fly for both of them. She’s the ride-or-die woman he needs, able to calm his many demons, and bring the light back into his life. But she has a secret—one that forces him to lie to his brothers.

In chaos we trust.

When Teller’s brothers find out who he’s falling in love with, it will create a storm of chaos for the Lost Kings MC. But if there’s one thing Teller’s turbulent life has taught him, it’s that sometimes love is worth the chaos.

Beyond Reckless is the 8th book in the popular Lost Kings MC series. It can be read as a standalone. 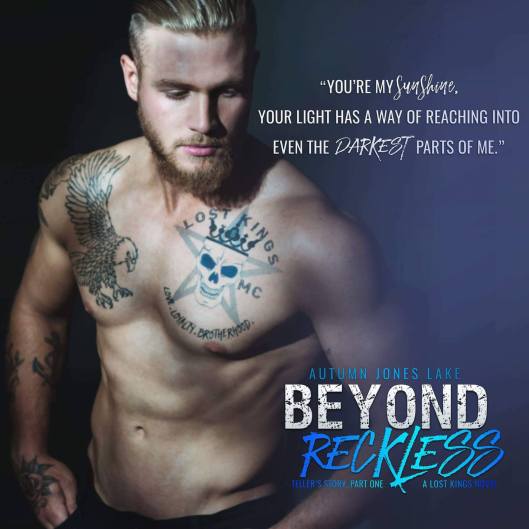 Autumn believes true love stories never end. She’s easily amused, a procrastinator and loves romances with true alpha heroes who cherish the sassy women they fall in love with. Her past lives include baking cookies, slinging shoes, and practicing law. Playing with her imaginary friends is her favorite job so far. Autumn prefers to write her romances on the classy side of dirty, and she’s a sucker for a filthy-talking, demanding alpha male hero. The bigger the better.