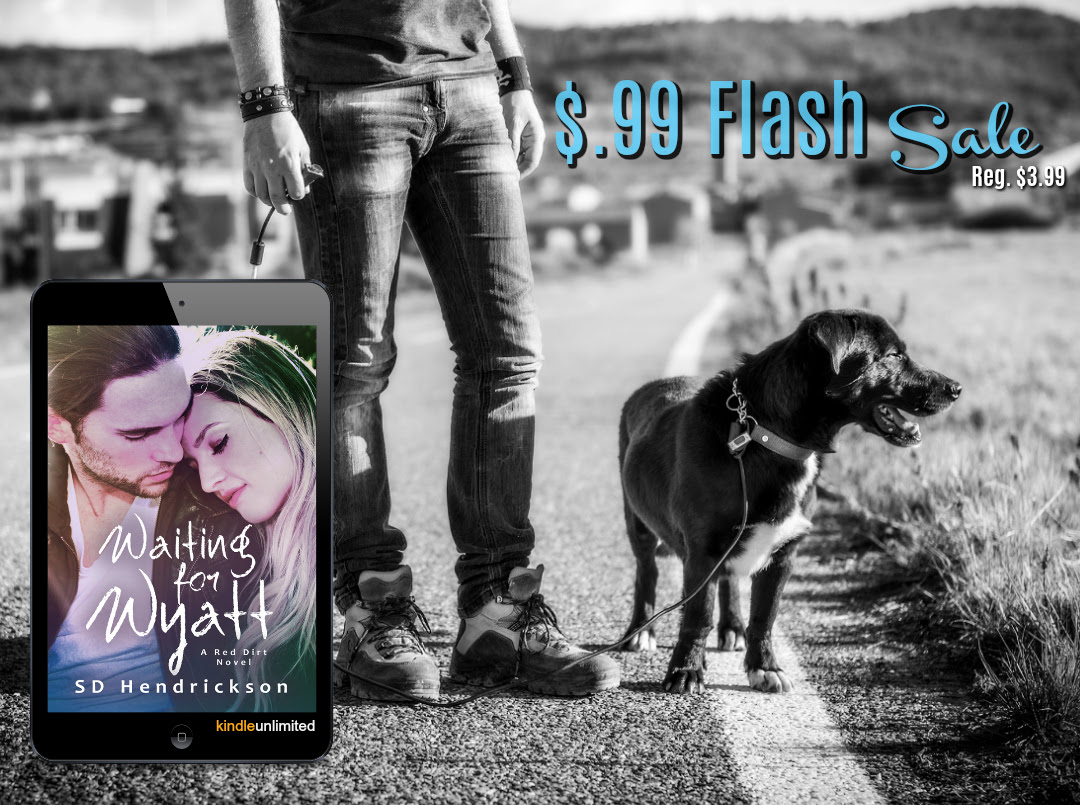 99c FLASH SALE!!!! Waiting for Wyatt by SD Hendrickson is only 99c for a very limited time!!!!

Wyatt was a recluse who rescued abused dogs. Emma was the girl determined to save him. Fall in love with a story of both people and animals who need a second chance at life. With over 900, Five Star Reviews on Goodreads.

My name is Emma Sawyer.
I met Charlie and Wyatt on the same sultry, summer day. It was unexpected, leaving a feeling in the pit of my stomach like the time I drove too fast over Beckett Hill. The moment happened out of nowhere, all fast and quick and a little strange. Or maybe that was just Wyatt’s personality.

It was Charlie that brought us together. Little Charlie with those ridiculous ears. I found the dog, waiting in a pool of his own blood.Waiting for someone. Waiting for me.

Now Wyatt, he wasn’t waiting for anyone. At least that’s what he said, except I saw something different in the broken guy all alone out in the woods. I knew he needed me before he knew it himself.

Wyatt with his hidden dimples. Wyatt with his warnings to stay away. He was a hard lump of coal, ready to burn everything around him. The more he burned, the more it pulled me into the pain I saw etched on his troubled face.

I wanted to help Wyatt. I wanted to save him like he had saved all the Charlies in the world. He told me not to fall for him, but I did anyway. I fell hard and fast and deeply in love with Wyatt Caulfield.

But that was before I knew his secret.