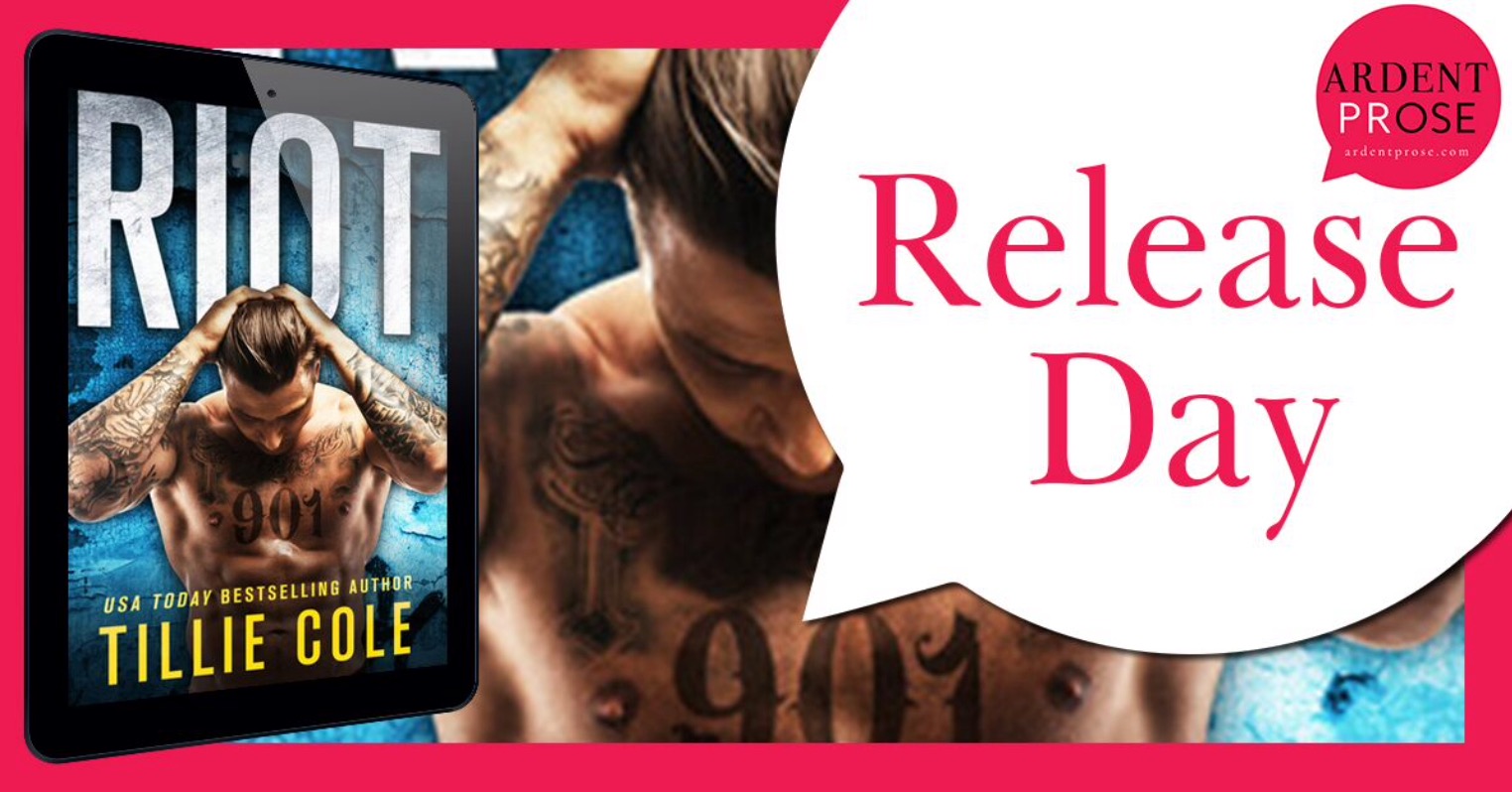 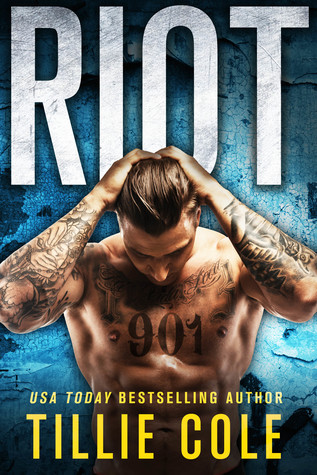 Stolen by the Arziani Georgian crime mob as a child, 152 was raised and conditioned to be a Mona—the most subservient of the Arziani Blood Pit slaves.Gorgeous and kind, she has been and under the imprisoning influence of the Type B drug and under the command of the Blood Pit Master’s sister, Mistress Arziani, for most of her life, until the Master calls her back home to Georgia.He wants her under his total control, and Master always gets what he wants.But when 152 is gifted to the Blood Pit’s fearsome champion death match fighter as a prize, 152 suddenly finds out that the men who appear most brutal, may just own the kindest hearts. And love may be found, even when living in hell.Freedom, family, love, 152 will have to fight for what she wants and ultimately make an impossible choice.

LUKA
“The real world isn’t ready to handle our reality. How could they accept that the gulags, the drugs, and the Blood Pit are real? It is the stuff of nightmares. How could they believe that males are being raised as killers, for sport and greed?“Worse, it would surely implicate the Bratva and my people in too many ways. We can fight the police and the system here in our city, but we can’t take on the whole world.” Zaal shrugged and tapped the map of the Blood Pit. “We need a way in. We need a solid plan, and we need it fast. I won’t have our freedom jeopardized. I won’t have what I’ve found with my Talia taken away from me, after being without her all of these years.” He raised his brow. “And we know you won’t give up Kisa. We need to act, Luka, and we need to do it soon.”Lifting the glass of water sitting beside me, I brought it to my lips and drained it in one motion. Zaal stood up. As he passed by, he pressed his hand on my shoulder. I didn’t move until I heard him leaving my house with Talia, who had been sitting with Kisa.Pushing back from the table, I got to my feet and walked down the hallway. In the living room, Kisa was waiting for me on the couch, hand lying on her swollen stomach.She took one look at me, her face sympathetic. Silently, she held out her hand. I took it in an instant and dropped to the couch beside her. Kisa fell against my chest and her hand landed on my stomach.She didn’t say anything. Once I’d fought through my pride, I admitted, “I can’t see a way to defeat Arziani.” The minute I had confessed what was torturing my mind, a heavy weight lifted from my chest.Kisa froze, then tilted up her chin to meet my eyes. I stared down at my beautiful wife and sighed. “They run a damn fortress, solnyshko. Arziani seems insane from what Valentin has said. He’s deluded, thinks he’s some kind of king, some Roman Caesar. The king of his prisoners. Males, just like me, he drugs them and forces them to fight on until they die. Kids plucked from families and or- phanages, made into his monsters.”I ran my hand over my tired eyes and asked, “How the hell do we stop him? How do we even breach his Blood Pit?”Kisa sat up and brought her face to hover above mine. “You’ll find a way, baby. I trust you, we all do.”I shook my head. “And that’s the problem,” I said harshly. “Everyone expects me to work this out. Everyone expects me to find a way in and execute a plan to bring Arziani down.” I pressed my hand to Kisa’s pregnant stomach, to our baby she was carrying. “But more than that, I need this Arziani to be fucking killed. I need to cut off the head of the snake. Everything, everything we have all been through starts with Arziani. The gulags, his contact with the Durovs. Levan Jakhua worked with Arziani, using Anri and Zaal as his prototypes. Then we found out how he keeps so hidden—by using drugged killers as assassins. They take out anyone who is a threat.”Kisa blinked, then blinked again when what I was saying hit home. “You believe he’s coming for us. You believe that now we know about him, he’ll send another Valentin.” Her words were not a question. Because she knew what she said was exactly what I’d been thinking.An ache caved in my chest, and I leaned in to run my lips over hers. “If he came for you. If someone took you away from me . . .” I couldn’t finish the sentence.“Stop,” Kisa said, moving back to press her finger over my lips. I took her hand in mine. My mind took me back to the gulag.I could still smell the dankness of the cells. I could still smell the richness of the blood spilled hourly in the ring. I could still feel the heavy veil of death that draped us all, waiting to strike, waiting to deliver another soul to hell.“Luka, lyubov moya, come back to me.”I gasped as I heard Kisa’s soft voice cut through the memory. I tightened my grip on her hand. Once again I looked down to her stomach. My teeth clenched together, then I said, “I have to find a way to take him down. I can’t, I won’t, have our baby brought into this world knowing that the male who condemned me, us all, to that life is still breathing, still stealing children from homes, forc- ing them to be killers.”A tear escaped Kisa’s eye to fall to our clasped hands. “Luka,” she whispered, “this man scares me more than anything else in the world.”Dropping my forehead to rest against hers, I replied, “That’s another reason why he needs to be put out of our misery. I want our version of a normal life. I want this Bratva life with you, with my new brothers and our families. But as long as that prick lives, it can never happen.” I paused. My hand, still on Kisa’s stomach, felt a tiny kick.My eyes darted to my wife’s stomach. Kisa laughed a single watery laugh. She covered my hand with her own, just as our baby kicked again.Leaning forward, Kisa pressed her lips to mine. When she pulled back and I saw the love she had for me written on her stun- ning face, I knew I had to remedy the Arziani problem quickly.I had two months until our child came into this world. What that world would look like depended on me.A world free from any threat to our lives. That meant Arziani dead.His guards slaughtered.And the Blood Pit burned to ash. 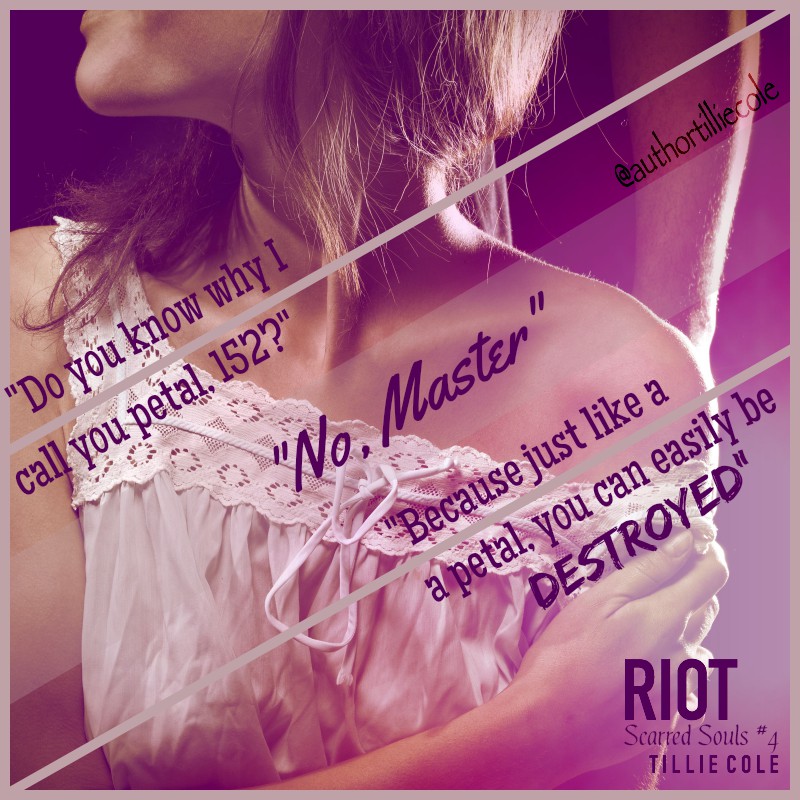 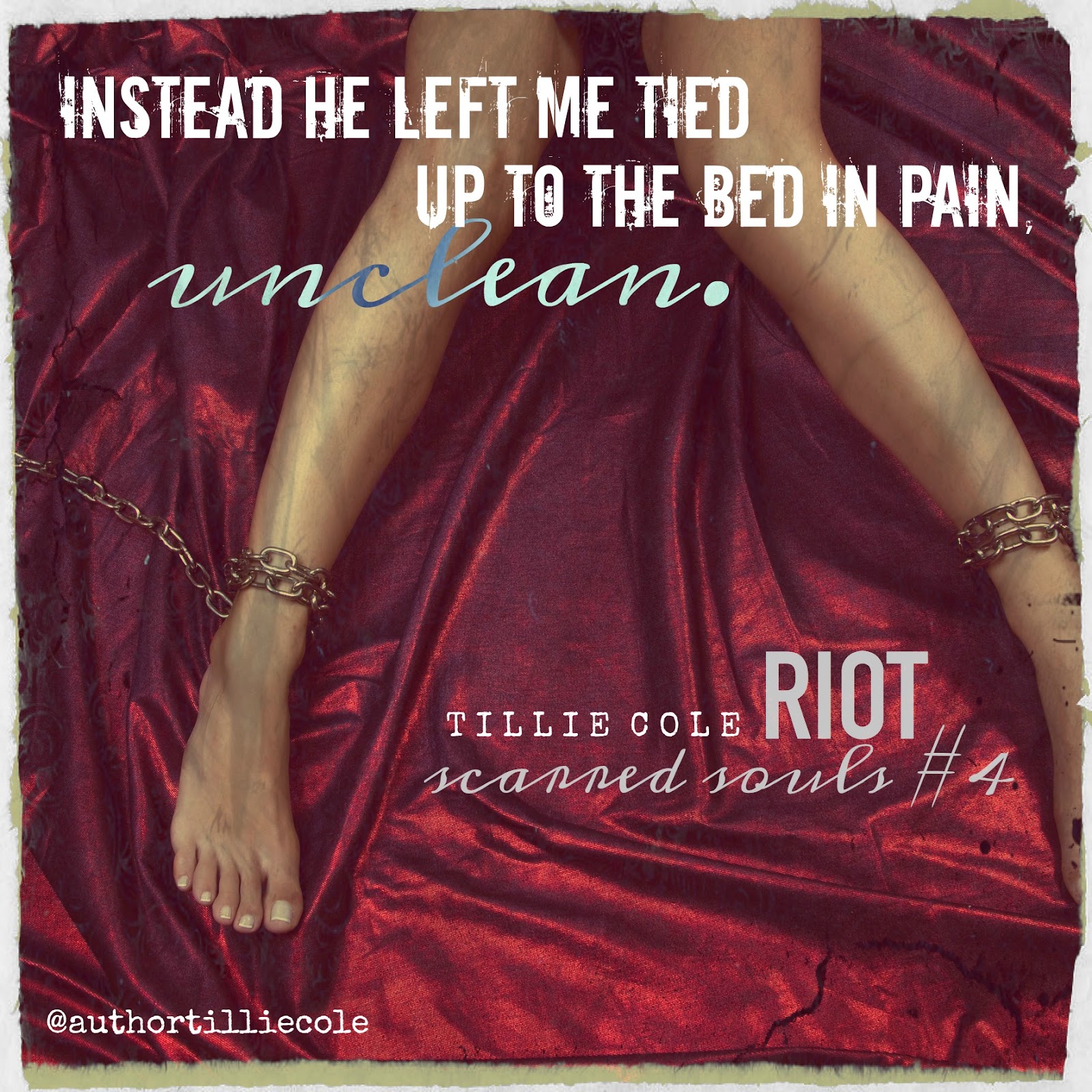 Tillie Cole hails from a small town in the North-East of England. She grew up on a farm with her English mother, Scottish father and older sister and a multitude of rescue animals. As soon as she could, Tillie left her rural roots for the bright lights of the big city.After graduating from Newcastle University with a BA Hons in Religious Studies, Tillie followed her Professional Rugby player husband around the world for a decade, becoming a teacher in between and thoroughly enjoyed teaching High School students Social Studies before putting pen to paper, and finishing her first novel.Tillie has now settled in Austin, Texas, where she is finally able to sit down and write, throwing herself into fantasy worlds and the fabulous minds of her characters.Tillie is both an independent and traditionally published author, and writes many genres including: Contemporary Romance, Dark Romance, Young Adult and New Adult novels.When she is not writing, Tillie enjoys nothing more than curling up on her couch watching movies, drinking far too much coffee, while convincing herself that she really doesn’t need that extra square of chocolate.
Author Links
Web  Facebook  Twitter   Instagram  Amazon  Goodreads

I really would love to know more about the developing process of Tillie Cole’s “Scarred Souls” series.

A
few days ago I finished reading “Riot” the forth book in that series,
which also might be the last – but who knows and actually in a series
like this I do not care, because if I were the judge of that – that
series would continue for a while.

I
am not sure what to say about this book. It is one of those reads that
could be explained but only in retelling the whole plot, which I refuse.
This series is dark and actually has all the signs of a “mob” novel –
even if they are more hidden behind the darkness.

Actually it is
strange that I love these books the way I do – because I don’t “DO” mob
or dark romances – but this? This is different – it is special and from
the first book the characters stole a part of me, that has only now been
returned to me with this final novel.

If you think that this
blurb in any way might appeal to you than rest assured the writing style
of this author will make it worth suffering with the characters and you
will like what you find here.