Your wedding day is supposed to be the happiest day of your life, right? That’s what they say, at least. I went into that day hoping I’d get the happiest day of my life. What i got? The worst. I mean, you really can’t get any worse of a day without someone actually dying.
So…I may have gotten just a little drunk, and maybe just tad impetuous…
And landed myself in a dive bar somewhere in Alaska, alone, still in my wedding dress, half-wasted and heart-broken.
***
Eight brothers, one bar.
Sounds like the beginning to a bad joke, yeah?
I kinda think so.
Wanna hear another joke? A girl walks into a bar, soaking wet and wearing a wedding dress.

I knew i shouldn’t have touched her. She was hammered, for one thing, and heartbroken for another. I’ve chased enough tail to know better. That kinda thing only leads to clinginess, and a clingy female is the last thing on this earth I need.

I got a bar needs running, and only me to run it—at least until my seven wayward brothers decide show their asses up…
Then this chick walks in, fine as hell, wearing a soaked wedding dress that leaves little enough to the imagination—and I’ve got a hell of an imagination.
I knew I shouldn’t have touched her. Not so much as a finger, not even innocently.
But I did.

Pre-order for $3.99 only on iBooks, price will go up on release day!

Want to win an ARC of BADD MOTHERF*CKER by Jasinda Wilder?

In celebration of her Cover Reveal day, you can head over to her Facebook LIKE page to enter to win a limited ARC!

New York Times, USA Today, Wall Street Journal, and internationally bestselling author Jasinda Wilder is a Michigan native with a penchant for titillating tales about sexy men and strong women. Her bestselling titles include Alpha, Stripped, Wounded, and the #1 Amazon.com and international bestseller Falling into You. You can find her on her farm in northern Michigan with her husband, author Jack Wilder, her six children, and a menagerie of animals. 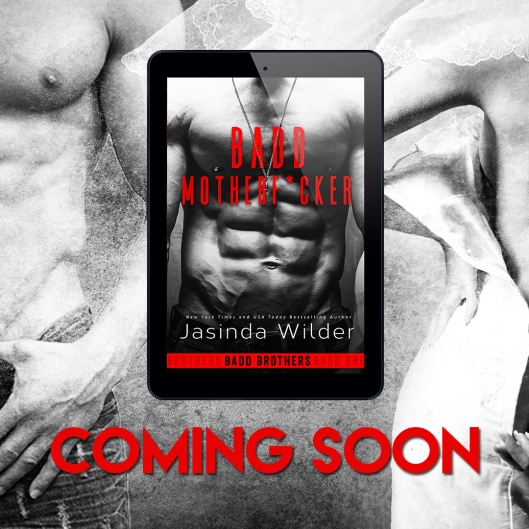 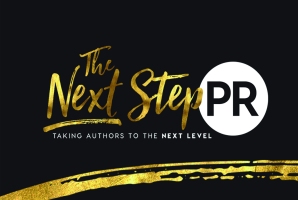