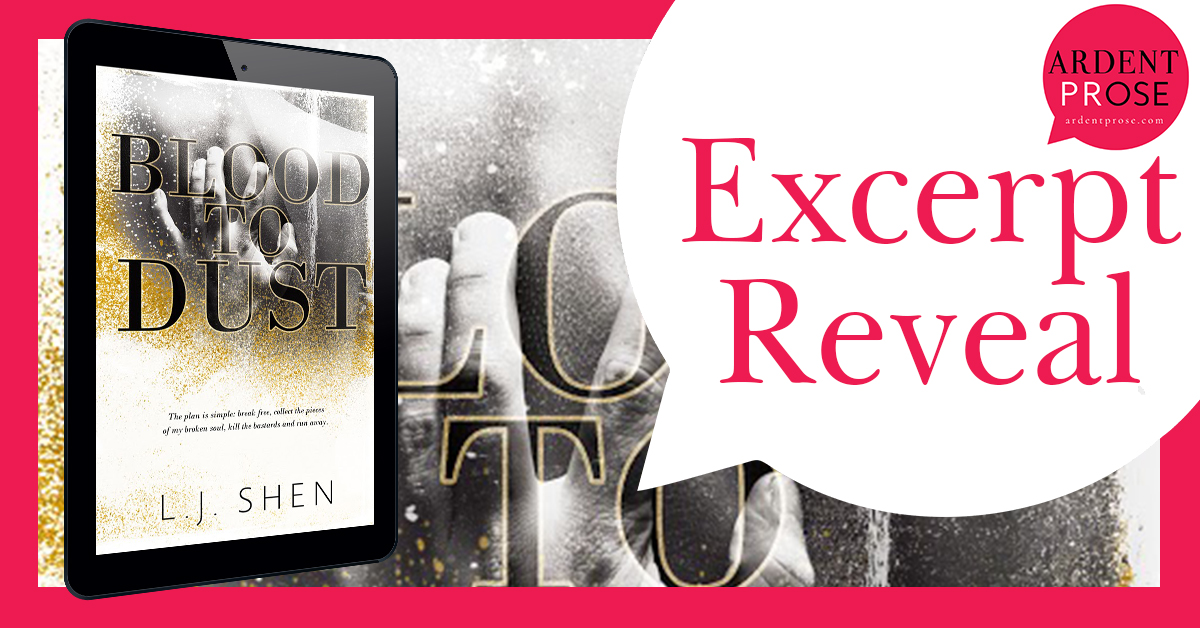 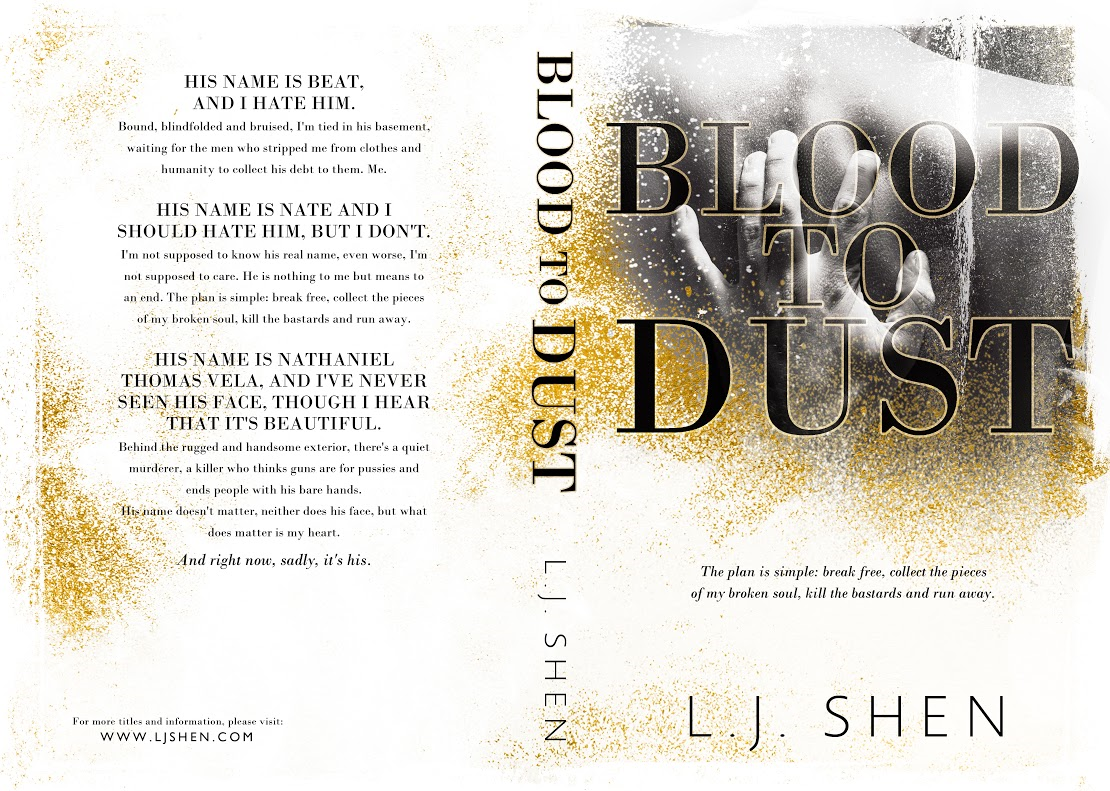 His name is Beat, and I should hate him.
Bound, blindfolded and bruised, I’m tied in his basement, waiting for the men who stripped me from clothes and humanity to collect his debt to them. Me.
His name is Nate and I should hate him, but I don’t.
I’m not supposed to know his real name, even worse, I’m not supposed to care. He is nothing to me but means to an end. The plan is simple: break free, collect the pieces of my broken soul, kill the bastards and run away.
His name is Nathaniel Thomas Vela, and I’ve never seen his face, though I hear that it’s beautiful.
Behind the rugged and handsome exterior, there’s a quiet murderer, a killer who thinks guns are for pussies and ends people with his bare hands.
His name doesn’t matter, neither does his face, but what does matter is my heart. And right now, sadly, it’s his.
Blood to Dust is a standalone, full-length novel. It contains graphic violence and adult situations some may find offensive.

L.J. Shen is a best-selling author of Contemporary Romance novels. She lives in Northern California with her husband, young son and chubby cat.
She enjoys the simple things in life, like chocolate, wine, reading, HBO, spending time with her girlfriends and internet-stalking Chris Hemsworth. She reads between three to five books a week and firmly believes Crocs shoes and mullets should be outlawed.
Author Links
Twitter  Facebook Amazon Goodreads