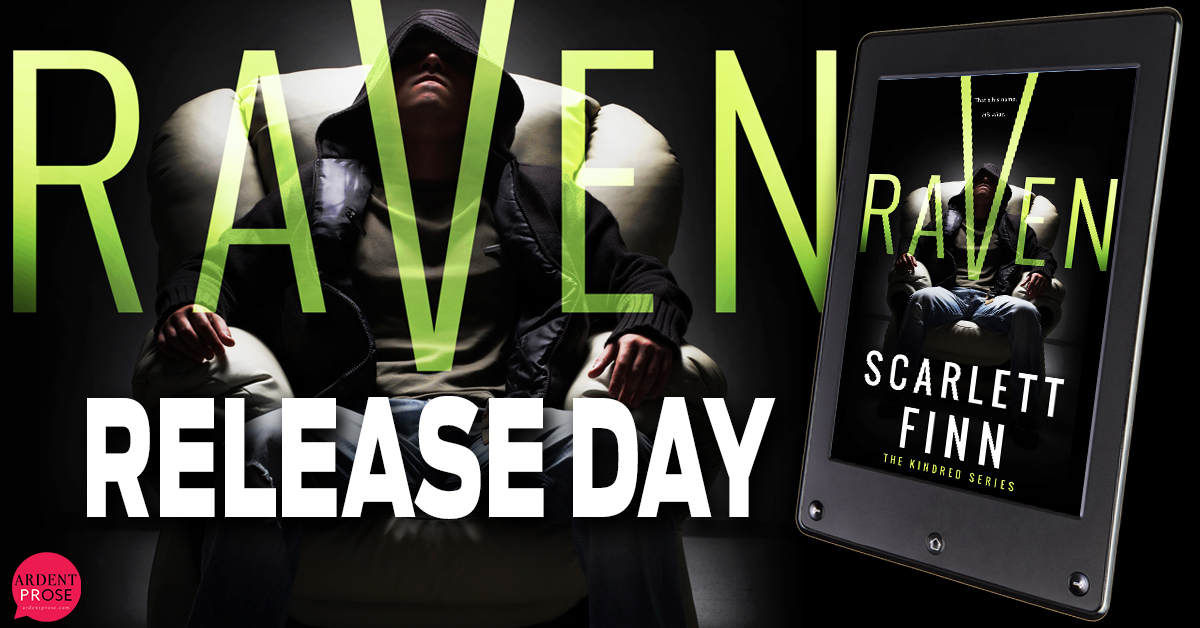 Raven
He’s mysterious and alluring,
Dominant and powerful.
He keeps her grounded,
And lets her fly.
After a date ends in disaster, Zara Bandini is drawn into a conspiracy of dark lies and hidden motives. Bidding farewell to blissful ignorance, she must betray those who trust her to prevent evil from murdering innocent civilians.
Raven guides her, shields her, and seduces her…
Now Zara has to protect her heart while saving the world. 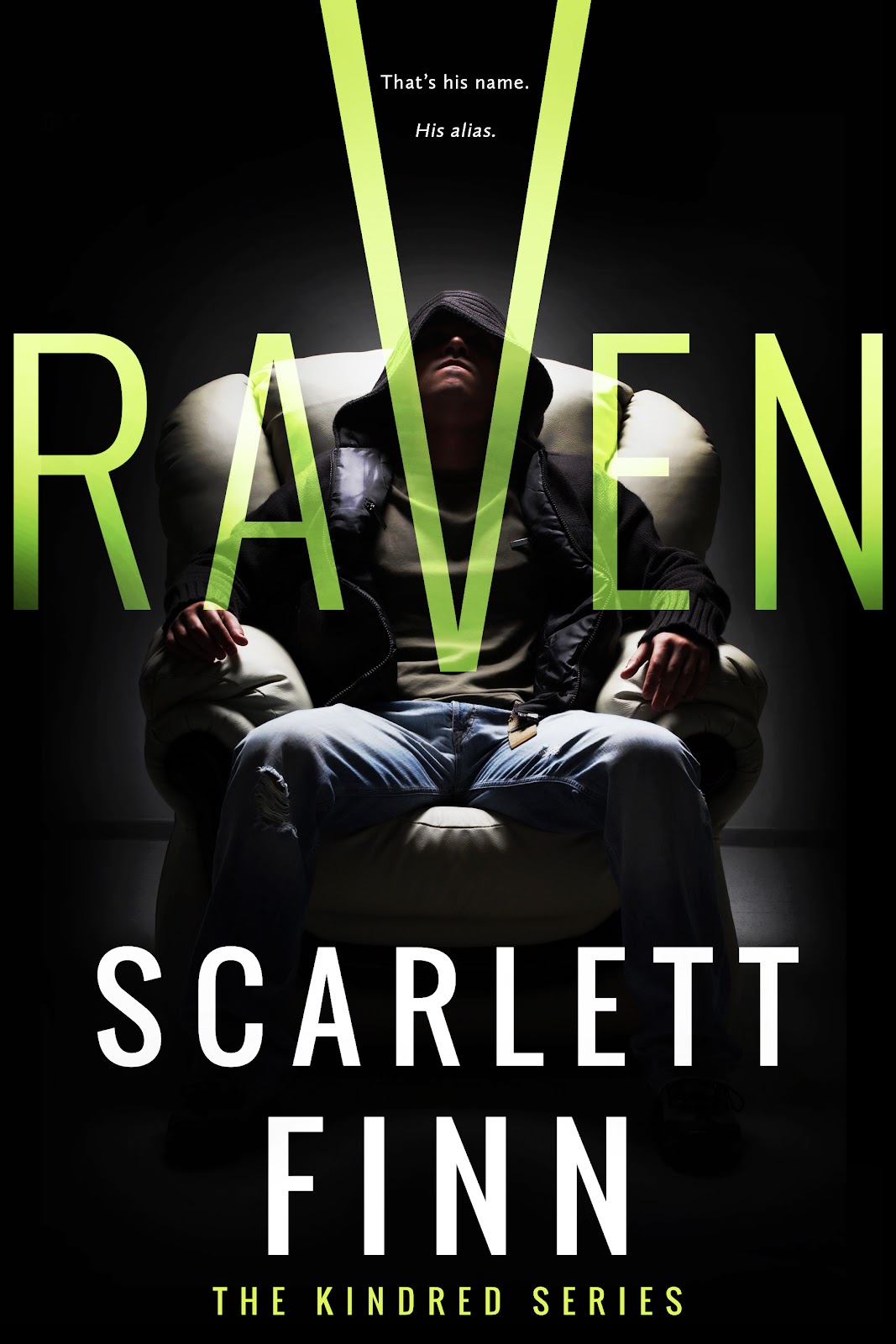 It was after ten PM by the time she got to Purdy’s on that particular Friday night. Zara was exhausted and needed sleep, but she would never flout tradition and miss an appointment with herself. In the warm interior of Purdy’s, she enjoyed the solid mahogany of the stocked bar and the gold pinstripe of the wallpaper that glowed under muted lighting.
Catering to an affluent clientele, Purdy’s held single malts and champagne to fulfill the expensive tastes of those who frequented it. It was a far cry from her father’s smoke filled kitchen where a layer of grease covered everything.
After seating herself on a brown leather stool, the bartender brought over her usual drink. She sipped the cool liquid and exhaled.
“That’s some glass of wine.”
Turning to her left, Zara saw a striking blond man come up beside her. One of the reasons she loved this bar was its patrons. In the center of the city’s business district, this classy joint was overflowing with rich, influential people and the wannabes who listed “networking” as a hobby on their resumes.
Designer suits and smiling faces charmed each other until hands were shaken and deals made. This was a place for the elite to gather and praise each other for being so filthy rich and successful. Given where she’d come from, there were often times she fazed out of the moment, edges became blurred, until everything seemed dream-like.
For her, the meaning of success had morphed through the years and frivolous adventure was long forgotten. The most effective way she could make a positive difference in the world was through careful use of her position as Premium Personnel Coordinator to Grant McCormack, CEO of Cormack Industries.
The clean-shaven man beside her flashed a row of straight white teeth that gleamed almost as much as his shirt under his tailored grey blazer that matched his slacks. All of the men she interacted with on a daily basis were assured and this guy’s arrogance was proven when he took up occupancy on the stool next to hers and leaned in close.
“Can I get you another glass?” he asked.
“I just started this one,” she said, taking another sip of wine while not allowing herself to smile. When dealing with intelligent men who usually enjoyed a puzzle, she’d learned it was best not to give too much away about her own mood. “Did I ask you to sit down?”
“No need,” he said, undeterred, his smirk remained in situ. “It’s a public bar, anyone can sit anywhere.”
Leaving him guessing, she didn’t give any physical hint of her interest. “And you chose the stool right next to mine?” she asked. The establishment was busy, but there were a half a dozen free stools at the bar, so he didn’t have to choose the seat right next to hers. “Didn’t your mother teach you manners? It’s polite to be invited to join a person.”
His confidence remained in place and he twisted his body to face hers, trapping her crossed legs between him and the bar. The flirtation in his countenance matched his positioning and his gaze danced over her figure. “Women like a man to take charge.”
“Do they?” she asked, keeping her expression loose as she examined the bottles displayed behind the bar. Remaining aloof didn’t mean she didn’t notice how impeccable he was and how good his expensive cologne smelled. It wasn’t too overpowering and merged with the scent of the hair gel that kept his locks in check. But she had to portray herself as a challenge, to match his confidence with sass if she wanted to intrigue him.
“Yes,” he said. “Women want an alpha, a guy who is strong enough to look out for her.”
This conversation was going to happen whether she coveted it or not, so she rotated to accept him into her company. “To look out for her?” she asked, dragging her fingertips over the bulge of her glass to settle them on the rim. “Why is that?” 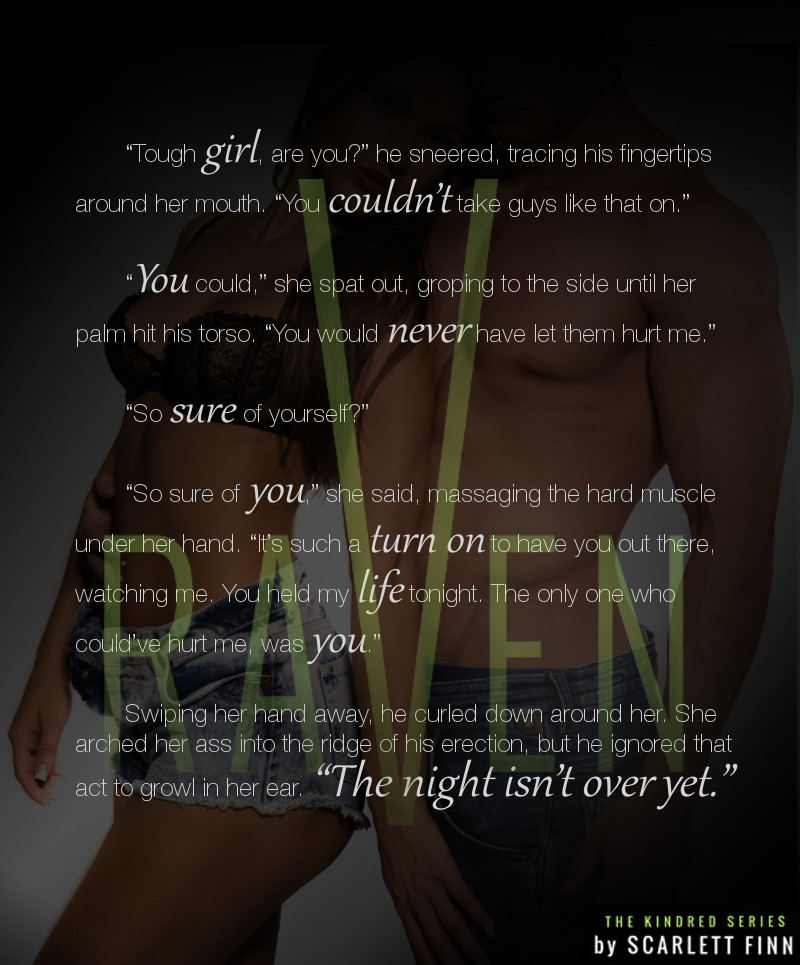 Having known from a young age that writing was her passion Scarlett has spent large portions of her life dreaming up men, and women, and putting them together to see what they get up to.
“The characters write the story. I just get it down on paper for them.”
Finding her solace in books, reading and writing, have been her eternal companion through all the highs and lows in her life.
Now is time to let the characters flourish and to live forever as she shares them with you.
Good luck on your adventures.
Twitter  Facebook  Web  Goodreads  Amazon Page Instagram