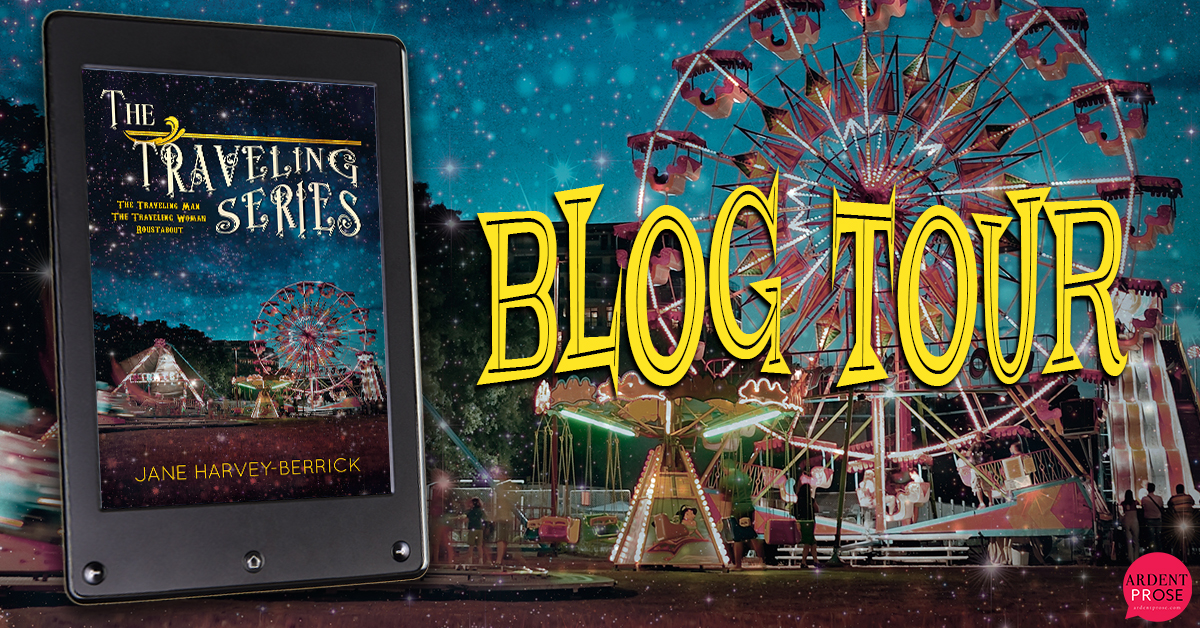 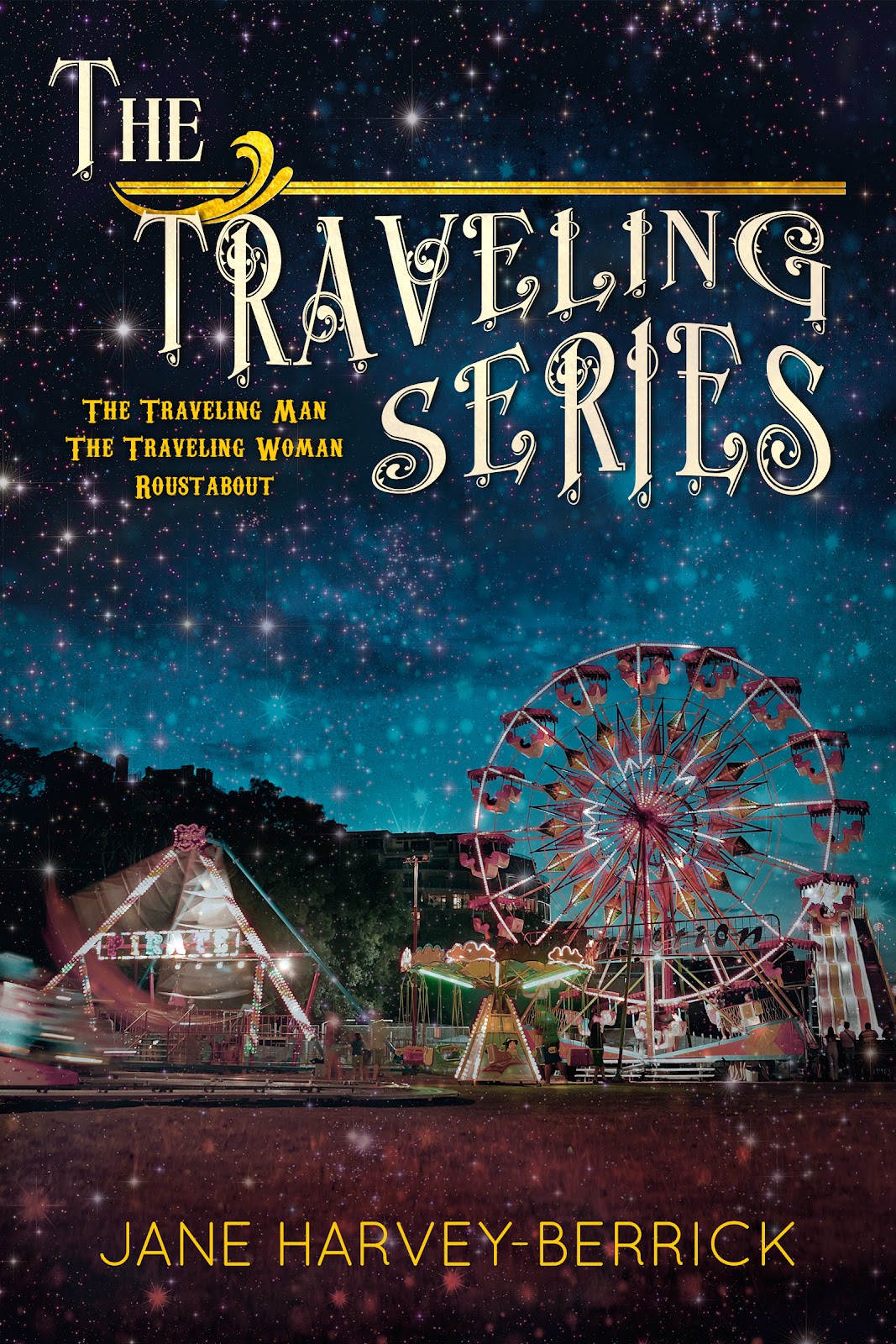 The Traveling Series
“The word L♥ve burned on his lips…”
Three best-selling stories of CARNIVAL life
The Traveling Man * The Traveling Woman * Roustabout
In one boxed set for the first time
THE TRAVELING MAN
I was ordinary. Nice.
He was extraordinary. And he wasn’t always nice.
Moody and difficult, brilliant and beautiful, Kes scared me and he protected me. He could be incredibly hurtful and incredibly thoughtful. He wasn’t perfect, but he was perfect for me. He challenged me, he took me out of my safe little box and showed me the world could be magnificent. He was everything I wasn’t.
Aimee Anderson is ten when the traveling carnival first comes to her nice little town. She doesn’t expect her world to change so completely. But meeting Kestrel Donohue puts her life on a different path.
Even though she only sees him for the two weeks of the year when he passes through her home town, his friendship is the most important of her life. As a child’s friendship grows to adult love, the choices become harder, and both Kes and Aimee realize that two weeks a year will never be enough…
♥           ♥          ♥           ♥
THE TRAVELING WOMAN
How many times do you gamble on love? When love has knocked you down, should you give it another chance? When does optimism become stupidity?
And what happens when the man you’re in love with is never still, always moving, always traveling? Do you say goodbye, or do you leave behind everything that you’ve worked for, everything that you’ve ever known? Can a traveling carnival be my home?
Oh. You thought I had the answers. No, sorry. No answers, just a lot of questions—and a heart that wants to rule my head.
Can one person be my home?
♥      ♥     ♥      ♥
ROUSTABOUT
I’ve been thinking a lot about family. It’s not where you come from that matters, the people you were born to. That’s just life’s lottery. No, your real family are the people who travel your road, the family you choose for yourself. My brothers don’t share my blood, but they share my hopes and dreams, understand my fears, know what makes me tick.
They know I have rules, they just don’t know why. And I’m happy to keep it that way.
I love women. Love ‘em. The more the better. Blondes, brunettes, redheads, they can have freakin’ purple stripes—I don’t care. As long as they know about the rules, I’m not hurting anyone.
The Rules
* * * * *
Twelve years ago Tucker McCoy walked away from the hell that was his family with not much more than the shirt on his back. No regrets. Never once looking back.
Living his life as a roustabout turned stunt rider with a traveling carnival keeps a smile on his face. His new family are the people he’s chosen to be in his life, the people who travel his road. Kes, Zach and Zef don’t share his blood, but they share his hopes and dreams. Understand his fears and know what makes him tick. They’re his brothers, his real family.
If you keep moving, no one can catch you—it’s a simple rule. So when Tucker crosses paths with Tera Hawkins, he knows he should move on. There’s no woman that’s ever been worth breaking his rules for. Besides, she’s off limits, untouchable. He knows stronger men would walk away, but dammit, he’s always been weak.
All he can offer her is a night she’ll never forget, but will that one taste be enough?

For as long as I can remember, I wanted to write. Perhaps it was growing up in a village well known for its mystery and folklore, which sparked my imagination as a child.
I enjoy writing in several different genres, and I’ve just published my first romcom, ‘Dazzled’.
All my books have a little me in them, and I’m inspired by the personal stories of those around me. It’s often from a simple discussion overheard in the train (‘Exposure’), in a café, or in the street, where ideas for characters or scenes come to me.
I fell in love with both Sam (‘The New Samurai’) and the eponymous Sebastian in ‘The Education of Sebastian’ and the sequel ‘The Education of Caroline’, and missed them desperately once I’d finished their stories. I love writing dialogue and always try to include touches of humour in the most poignant stories.
Whether you like adult romance novels, new or young adult writing, thrillers, or fantasy, I hope you’ll enjoy the journey through my stories.
Author Links
Web   Facebook  Twitter    Amazon Page   Goodreads  Instagram