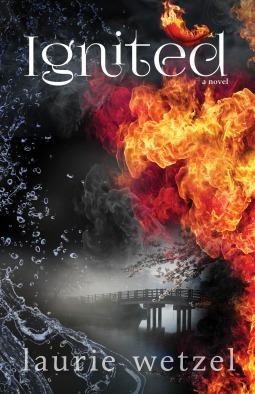 After surviving an
attack from a demon that killed her friend, Maddy Page thought the worst was
over.

Word is spreading
through the supernatural world about Maddy, the mortal girl with rare gifts.
Some want to use her powers; others want to destroy her. One wants to protect
her—her boyfriend, an angel named MJ.

MJ knows that the
demon that attacked Maddy was sent to collect her by someone very powerful.
Someone he has tried and failed to stop before. MJ can’t beat him, but he will
do whatever it takes to keep Maddy safe, even if it means turning his back on
his own kind. 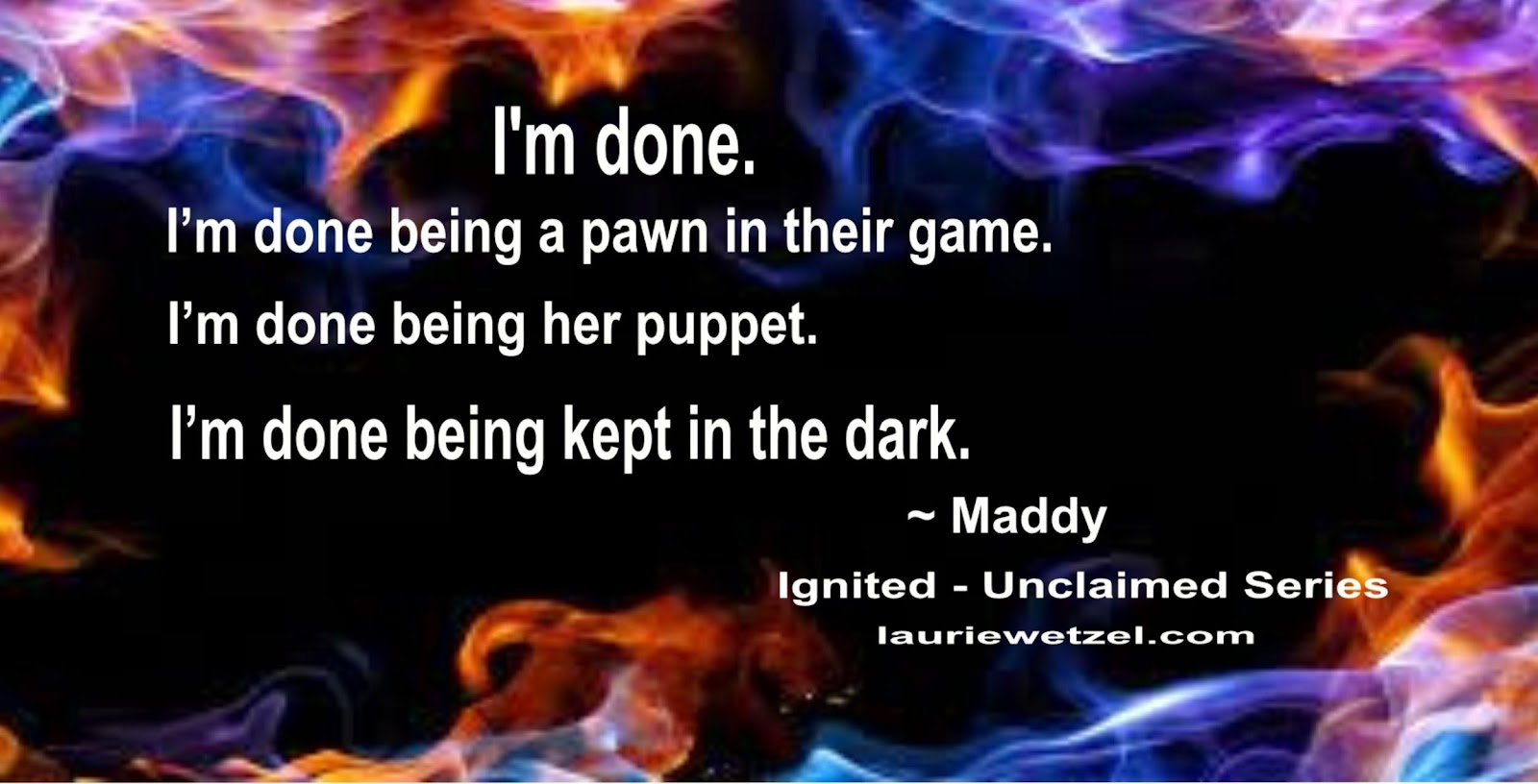 The air around us
stills. The sounds from the water and animals disappear. It’s as if nature is
curious about the effects an immortal kissing a … well, whatever I am … will
have on its delicate balance.

CHAPTER
ONE
Maddy
I’m dating an
angel.
Up until yesterday, I
thought they didn’t exist. Now I’m falling in love with one.
Considering the
insane events that have happened in the last five days—especially the last
twenty-four hours—I shouldn’t be focusing on what MJ is. I am, though.
Whether or not I
believed in them, angel references are everywhere. They appear in books,
movies, and TV, wearing anything from white togas to trench coats. Their image
has been made into figurines and appears on jewelry and even clothes. They’re a
symbol of hope that billions of people all over the world have accepted. Some
people pray to them daily, assured in their beliefs; others do it in times of
desperation, when all hope seems lost. So many people have prayed for a
miracle—prayed for proof that someone is listening.
Why then was I chosen
over all of them?
I glance over at MJ
lying beside me on Hiniker Bridge. He’s staring at the clouds with his head
resting on his arms. It’s easy to forget what he is. His short brown hair is
messy as if only his fingers have touched it, his hazel eyes suck me in no
matter how far apart we are, and his smile shines brighter than high beams on
the darkest night. He wears plain white shirts and dark jeans, and somehow on
him they look better than a designer outfit—not that I wouldn’t mind seeing him
in one. The only thing keeping him from being perfect is the silence coming
from his chest.
My heart stutters,
pounding out the truth I can’t ignore. MJ is dead.
He is dead and I am
not.
A sigh
unintentionally leaves my lips.
MJ rolls to face me.
“What is it?”
I offer a weak smile.
“Nothing.”
He reaches out,
taking my hand. A buzzing jolt of energy—his essence—courses through my body,
searching for any clues as to what upset me. He frowns, not liking whatever he
found.
“No more secrets,
remember?”
All morning we’ve
been sharing small details of our lives, making good on the promise we made
yesterday. MJ’s asked me about school, hobbies, and music. I’ve asked about
places he’s traveled and what foods he’d like to try now that he can taste
again. As nice as it is to have time like this—where everything is calm—we’re
both deflecting.
He’s distracting me
from thinking about yesterday—the worst day of my life. I’m avoiding anything
even remotely related to his angelic side. But we can’t avoid it forever. At
some point, we’ll have to talk about it if I want to have a true relationship
with him. 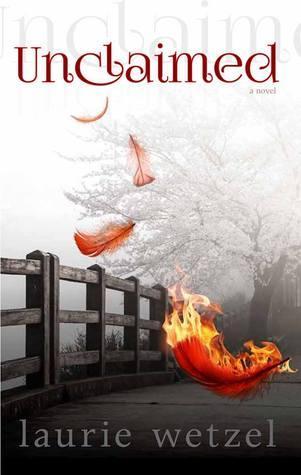 Abandoned by her birth parents and ignored by her adoptive family, Maddy Page believes she is
unlovable. She only allows herself to dream of falling in love. That changes when she meets MJ; handsome and kind, MJ penetrates Maddy’s defenses. Maddy soon finds herself confiding in MJ like she has with no one else, revealing secrets even her closest friends don’t know. He makes her feel safe–a feeling she’s never experienced except in her dreams.

When Maddy witnesses MJ disappear and reappear in thin air, she realizes she might have been wrong about him. He could be dangerous–maybe even a killer. Determined to uncover the truth of who–or what–MJ is, Maddy ignores her instinct to run. But she soon realizes that getting close to MJ could cost more than a broken heart–it could cost Maddy her soul.

Laurie Wetzel has always had a passion for writing, but it wasn’t until a New Years Resolution in 2011 that she finally shared her lifelong dream of being an author with her husband. He read the very first draft of Unclaimed and gave her the words she needed to hear, “This is what you need to be doing.” Three years later the first book in the Unclaimed series was published with the second book expected to be out in 2015. Laurie lives in Mankato, MN, with her husband and two young sons. When she’s not writing, working, or spending time with her family, she’s either reading, running, or catching up on her favorite shows on Netflix. For updates on the Unclaimed series as well as other works in progress, feel free to check her out online!
Facebook:
Twitter:
Website: 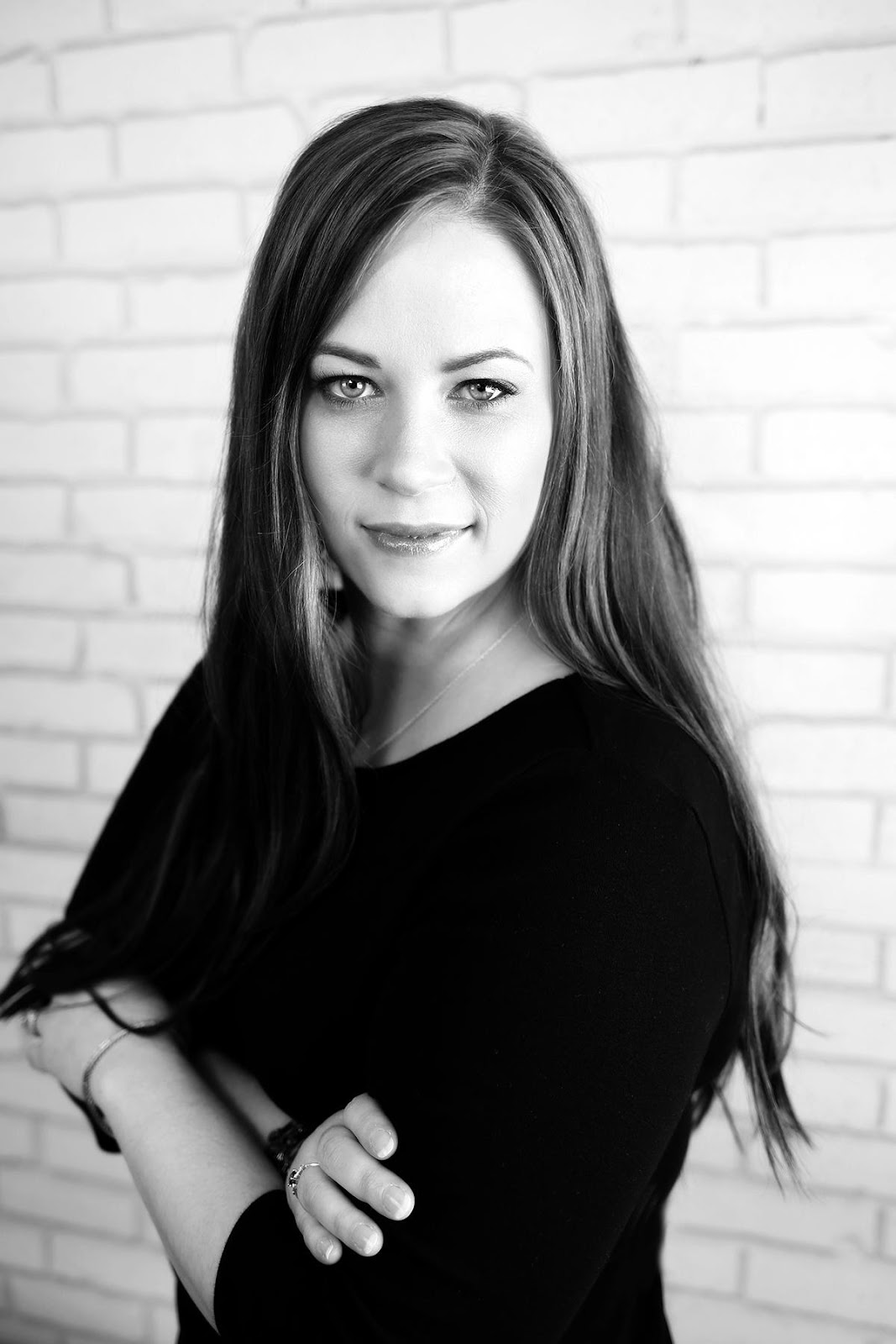 Unclaimed and Ignited
signed paperbacks is up for grabs!! ( One winner)

http://www.rafflecopter.com/rafl/share-code/OTMzOGM0Y2U3YzE1NGNmMDU0NDQwM2Y3NWM4N2UzOjM=/?
a Rafflecopter
giveaway
Be The First To Share ....